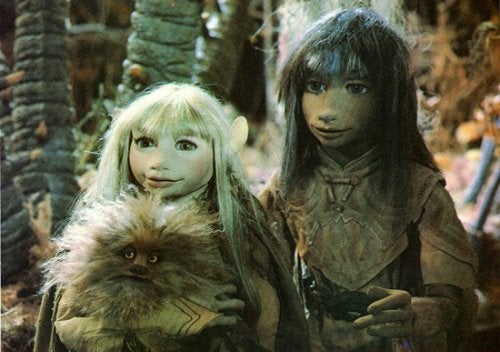 The Jim Henson Company and Australia’s Omnilab Media have announced that Peter and Michael Spierig ("Daybreakers") will direct "The Power of the Dark Crystal," a 3D sequel to Jim Henson and Frank Oz’s 1982 cult classic "The Dark Crystal."

I grew up with Henson’s memorable characters and "Fraggle Rock" and all that muppet stuff, but I’m not really invested in "The Dark Crystal" sequel one way or the other. That said, this is a terrible decision that will probably come back to haunt The Jim Henson Company. Why? Because the Spierig brothers are not good directors. What else can I say? They make bad movies.

"Undead" was the first film I reviewed for AICN upon arriving in Los Angeles and it was a forgettable experience that made for one of the worst films of 2005. This past January, I saw "Daybreakers," an Ethan Hawke vampire flick with a fantastic trailer that used Placebo’s "Running Up That Hill" to excellent effect. The movie looked awesome and I was completely willing to give the Spierigs another chance. The finished film, however, was a lifeless pastiche of well-worn vampire themes that brought nothing new to the genre. Are these really the guys who The Jim Henson Company have waited 28 years for?

I’ll give the Spierigs credit for having a decent eye for composition, but they are miserable storytellers. At least they’ll be working from a screenplay by Australian writer Craig Pearce ("Moulin Rouge"), based on an original script by Annette Duffy and David Odell.

The film is set hundreds of years after the events of "The Dark Crystal," when the world has once again fallen into darkness. The story follows the adventures of a mysterious girl made of fire and a Gelfling outcast who steal a shard of the legendary Crystal in an attempt to reignite the dying sun that exists at the center of the planet. So it’s like a muppet-mad "Sunshine" without the weird serial killer coming out of nowhere in the 3rd act?

Brian Froud will reprise his role as the project’s conceptual designer, using a mix of live-action and traditional puppetry combined with visual and special effects including modern techniques such as motion capture CGI.