If you like documentaries and mobile content, life is about to get much more interesting. CINELAN, a library of three-minute films by award-winning filmmakers, just signed a mobile/Internet distribution deal with Babelgum.

CINELAN, launched the beginning of 2008, is a company founded by filmmaker Morgan Spurlock ("Super Size Me," "Where in the World Is Osama Bin Laden" and the soon-to-debut "The Simpsons 20th Anniversary Special – in 3D! On Ice!") got together with branding guru David Wales and Arts Alliance Managing Partner Thomas Hoegh. 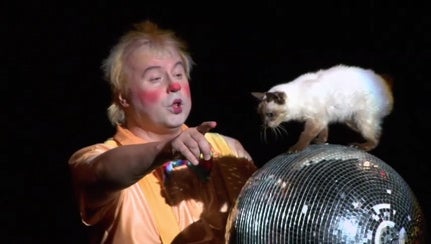 Then they signed up an impressive roster of documentary filmmakers: Steve James ("Hoop Dreams"), Eugene Jarecki ("Why We Fight"), Ross Kauffman ("Born Into Brothels"), Spurlock and Jessica Yu ("Breathing Lessons"), who serve on CINELAN’s Advisory Board and make short movies.

Short is the operative word here: CINELAN films are three minutes long. CEO David Laks told MobilizedTV that the length was aimed to suit their target for distribution: digital, in all its forms. “We distribute on the internet — what we call “painless access to digital distribution” was the idea,” he says. After Spurlock rounded up a number of his filmmaking friends and got some venture capital money, the number of three-minute films began to build in the CINELAN library — which currently is home to 62 short films — and the company began striking distribution deals.

Another idea behind CINELAN was that documentary filmmakers — not usually known for big budgets and lavish revenues — could actually make some money distributing digital content.

Laks talks about how that idea has worked out so far. “At the moment, it’s about quality distribution because there is no money on the Internet or in mobile,” he says. “There’s no money anywhere for creators of short-form content.”

The most recent news, however, is a distribution deal that CINELAN struck with Babelgum, for mobile and Internet distribution. “Babelgum is the most supportive partner we’ve ever had,” says Laks. “They’ve paid to produce content and to get exclusivity for it. They feel if they have the best content, they’ll succeed — and they believe in mobile.”

There’s a connection between the two organizations; Babelgum’s Karol Martesko-Fenster, General Manager & Publisher of Babelgum’s Film Division, helped launch CINELAN. “Our content was right for Babelgum — short-form professional content, consistent in quality and length, consistent in story arcs,” says Laks. “It’s a pretty unique form of non-fiction entertainment, and it was right for them.”

From Babelgum’s point of view, the relationship — which began in 2009–continues to be fruitful. “Over the course of 2009 we have premiered numerous CINELAN short stories on Babelgum, taking viewers into the lives of dozens of riveting subjects,” says Martesko-Fenster. “The high quality of work from CINELAN filmmakers, and the success of the films during 2009 on our platforms, have helped Babelgum maintain its commitment to content creators, and to secure our mission to be the leading online and mobile destination for documentary filmmakers.”

Laks notes that CINELAN selects its partnerships based on what each company’s distribution plans are.

“Babelgum has a good plan for getting it to mobile and syndicating it across the Internet,” he says. “We look for total syndication platform. We have our content on our platform but don’t drive traffic there. We rely on our partners.”

Other partners include the Telegraph in the U.K., Hulu, YouTube and Snag Films, which is also going mobile.

Laks isn’t concerned about the compelling nature of CINELAN short films. He’s more worried about discoverability. “There is a lot of compelling content whether it’s non-fiction or shorts or clips from network TV,” he says. “I think it’s about competing for space in mobile. The carriers control almost everything  and surfing on the mobile web is too cumbersome now.”

Although documentary films can take whatever time needed to tell a story, these filmmakers only took a small amount of coaxing to create three-minute films. “Ross Kauffman and Marilyn Agrelo created one of our first films, and they mastered the art of telling the story.

“They don’t really need to be convinced,” says Laks. “But they need to be nurtured a little bit.”