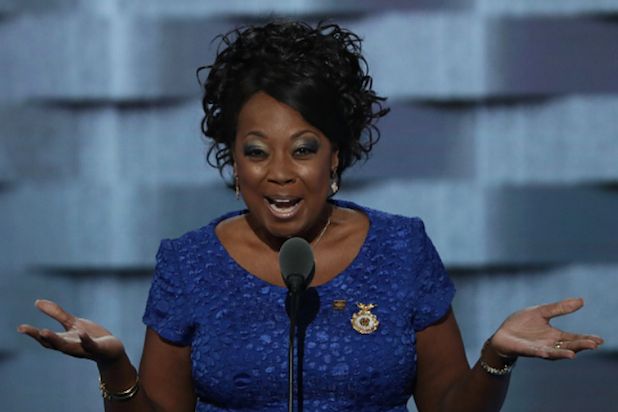 Former “Celebrity Apprentice” contestant Star Jones took the stage at the Democratic National Convention on Wednesday to introduce a video about Flint, Michigan’s, water crisis, but used her time on stage to bash GOP nominee Donald Trump without identifying him by name.

“As a former prosecutor, you know I like to deal in facts. Here is a fact: There has never been any man or woman more qualified for this office than Hillary,” Jones said. “The 44th president of the United Sates, Barack Obama, said that.”

Then Jones launched an attack on her former reality TV boss.

“Here is another fact: Nobody else in the race has the same unique connection to women, children, families and our day-to-day challenges. I’ll say that.”

The nine-time Emmy nominee then listed a third “fact,” which members of the Republican Party probably won’t appreciate. Jones appeared on “Celebrity Apprentice” back in 2011, so she’s clearly familiar with former host Trump.

“That’s very different from the loud, obnoxious race-bating folks on the other side, who I also know,” Jones said before saying, “Shade. Boy, bye.”