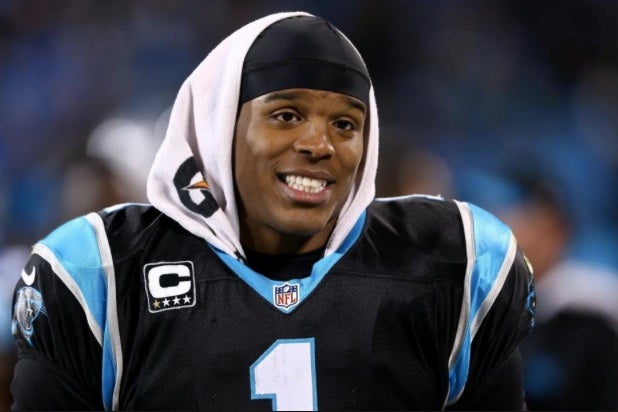 Carolina Panthers Quarterback Cam Newton has been involved in a two-car automobile accident, and was taken to the hospital where he was diagnosed with transverse process fractures in his lower back but no internal injuries.

The NFL star’s Dodge pickup truck flipped over on Tuesday after colliding with another car on the Church Street Bridge on I-275 in Charlotte, North Carolina, not far from where he plays for the Panthers at Bank of America stadium.

Newton was rushed to the hospital, however the Charlotte Observer reported that he was conscious and talking at the scene.

The 25-year-old professional football player was treated on the sidewalk for 20 minutes before being taken away by medics, according to the Observer.

Charlotte-Mecklenburg Police spokesman Rob Tufano said Newton was taken to a hospital with non-life threatening injuries. A second person, from the second vehicle, was also taken to hospital. Both were placed on backboards with neck braces.

“Mr. Newton was involved in a two car collision on S. Church street in Charlotte at approximately 12:30 [ET] today,” the Charlotte police said in a statement. “He and the driver of the other vehicle were both transported to the hospital with non-life threatening injuries. The Charlotte-Mecklenburg Police Department is investigating the cause of the wreck.”

According to ESPN.com, preliminary tests indicated that Newton escaped the accident without any fractures or serious injury. The quarterback, who joined the league in 2011, led his team to a 41-10 win over the New Orleans Saints on Sunday.

“We are closely monitoring the situation of a car wreck involving Cam Newton,” the Panthers said in a statement. “We will have more information at an appropriate time.”

The team’s Twitter page also sent a message to fans revealing that their star player was “in fair condition and undergoing tests at Carolinas Medical Center and will remain there overnight for observation.”

Further testing revealed that Cam Newton has two transverse process fractures in his lower back and no further internal injuries.

Cam Newton is in fair condition and undergoing tests at Carolinas Medical Center and will remain there overnight for observation.