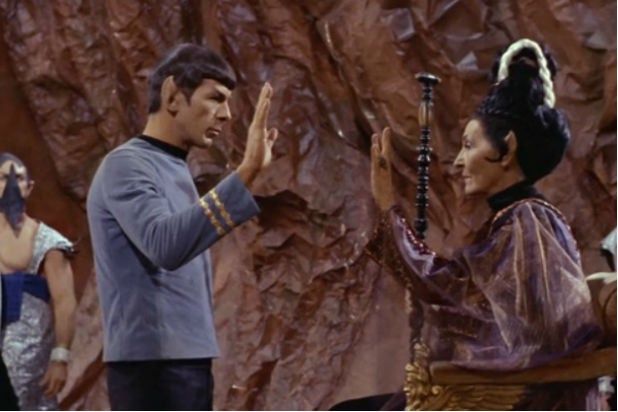 Alec Peters, the producer of the crowdfunded “Star Trek” fan film “Axanar,” has responded to the lawsuit filed Wednesday by Paramount Pictures and CBS Studios against the project.

“Like all fan films, ‘Axanar’ is a love letter to a beloved franchise,” Peters said in a statement to TheWrap. “For nearly 50 years, Star Trek’s devotees have been creating new Star Trek stories to share with fellow fans. That’s all we’re trying to do here.”

Peters also stated he was disappointed that he learned about the lawsuit by reading about it in the press, rather than being contacted by the studios directly.

“For several years, I’ve worked with a number of people at CBS on Star Trek-related projects, and I would have hoped those personal relationships would have warranted a phone call in advance of the filing of a legal complaint,” he wrote.

Peters also said that since the project is funded by fans, the studios are really only hurting the people who have loved “Star Trek” for years.

“It is the ‘Star Trek’ fans themselves who are most affected here, for by suing Axanar Productions to stop making our movie and collect so-called damages, CBS and Paramount are suing the very people who have enthusiastically maintained the universe created by Gene Roddenberry so many years ago,” he wrote.

CBS and Paramount are going after Peters and Axanar Productions for copyright infringement in a suit filed Wednesday in California district court. The suit concerns “Axanar” and the prequel film “Prelude to Axanar,” collectively referred to as “the ‘Axanar’ Works.”

According to the description on the film’s official website, “‘Axanar’ tells the story of Garth and his crew during the Four Years War, the war with the Klingon Empire that almost tore the Federation apart. Garth’s victory at Axanar solidified the Federation and allowed it to become the entity we know in Kirk’s time.”

In an interview with TheWrap in August, Peters said he and his team met with CBS but the network didn’t offer any specific guidelines concerning what his crew can and cannot do — the network simply told him that they can’t make money off the project.

CBS announced in Nov. that they would debut a new “Star Trek” series exclusively on CBS All Access in 2017. In addition, Paramount will release the third film in the rebooted franchise, “Star Trek Beyond,” on July 22, 2016.