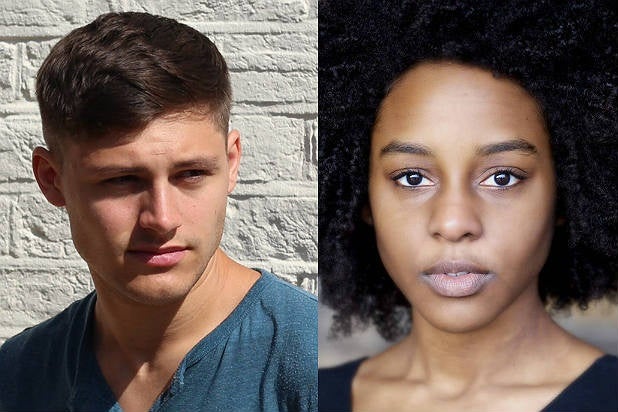 Two young actors have landed roles in “Star Wars: Episode VII,” and they had to beat out 67,000 other hopefuls to do it.

Disney and Lucasfilm announced Sunday that American actress Crystal Clarke and the U.K.’s Pip Anderson were selected from 37,000 actors who attended open casting calls in the U.S. and Britain, and another 30,000 who submitted applications online.

The film is currently shooting at Pinewood Studios in London after wrapping on location in Abu Dhabi in May. It’s scheduled to be released on Dec. 18, 2015.

At the end of last year Lucasfilm and Disney invited all young aspiring actors to attend an open casting call for roles in J.J Abrams’ Star Wars Episode VII. The casting calls spanned 11 cities across the US and UK and over 37,000 hopefuls attended, with a further 30,000 submitting applications online.

Having hunted high and low for young and undiscovered talent, the filmmakers are delighted to announce that two actors from the open call call have been cast.

Crystal Clarke is an American actress studying in Glasgow, UK, who has both stage and screen acting experience and is soon to be seen in her first feature, The Moon and the Sun (to be released in 2015). British actor Pip Anderson is a skilled practitioner of parkour, a discipline that involves propelling oneself through any given environment with incredible grace and agility. Pip recently demonstrated this remarkable skill in a Spider-Man ad for Sony.

“The Star Wars universe has always been about discovering and nurturing young talent and in casting Episode VII we wanted to remain absolutely faithful to this tradition. We are delighted that so many travelled to see us at the open casting calls and that we have been able to make Crystal and Pip a part of the film,” said producer and Lucasfilm president Kathleen Kennedy.

Meanwhile, principal photography continues at Pinewood Studios in London after wrapping on location in Abu Dhabi in May.

In August, the team will take a brief two-week hiatus while adjustments to the current production schedule are made as actor Harrison Ford recovers from a leg injury. Harrison is doing well and is looking forward to returning to the set soon. Shooting remains on track to wrap in the fall with the film scheduled for release on December 18, 2015.