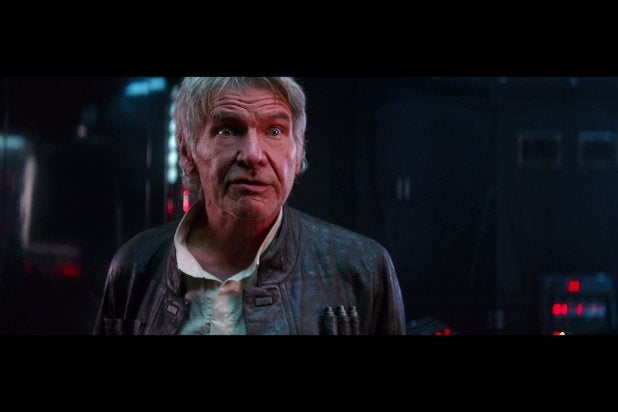 The leather jacket worn by Harrison Ford in “Star Wars: The Force Awakens” fetched an eye-popping $191,000 at auction on Tuesday, according to a spokesperson for the website IfOnly, which hosted the auction.

More than 50 bidders vied for the jacket, which had a starting bid of $15,000 and was the subject of a bidding frenzy in the auction’s final moments.

Also Read: 'Star Wars' Trilogy Is Getting Roadshow Screenings, But Not the Versions We Want (Commentary)

The jacket, signed by Ford, is billed as a one-of-a-kind item and included a certificate from Lucasfilm.

As IfOnly noted, the jacket is particularly significant, as “Harrison wore it in his final appearance in a ‘Star Wars’ film.” Hey, thanks for the spoiler alert, IfOnly.

The actor won’t be holding on to the money; the proceeds from the auction benefit NYU Langone Medical Center and FACES (Finding a Cure for Epilepsy and Seizures). Ford’s daughter Georgia suffers from epilepsy.

“IfOnly is proud of the amount of money raised to help FACES and NYU Langone further their efforts to find a cure for epilepsy and seizures,” IfOnly director of entertainment Sean O’Neill said. “Thanks to Lucasfilm and Mr. Ford we have one very happy ‘Star Wars’ collector with a smile on their face.”