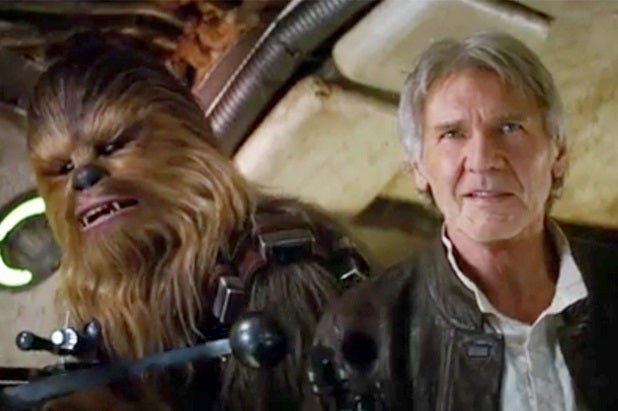 On Thursday, Disney announced that the blockbuster seventh installment in the sci-fi franchise will be available on digital HD Download on April 1, with a DVD release following shortly after on April 5.

“Star Wars: The Force Awakens” has grossed more than $2 billion worldwide, which makes it the third biggest movie of all time behind “Avatar” ($2.78 billion) and “Titanic” ($2.19 billion).

Director J.J. Abrams’ “The Force Awakens” rang up more than its share of records, including the best opening day ($119 million) and opening weekend, domestic ($248 million) and worldwide ($529 million), and best December and PG-13-rated debuts ever. It also made it to $1 billion at the global box office in 12 days, the fastest any movie ever has.

The news of the DVD and digital release dates were first announced by Bob Iger, chairman and CEO of Disney during The Walt Disney Company’s Annual Meeting of Shareholders.

The Gareth Edwards-directed spinoff “Rogue One: A Star Wars Story” arrives on Dec. 16, “Episode VIII” lands in 2017, and an untitled Han Solo project is set for 2018.