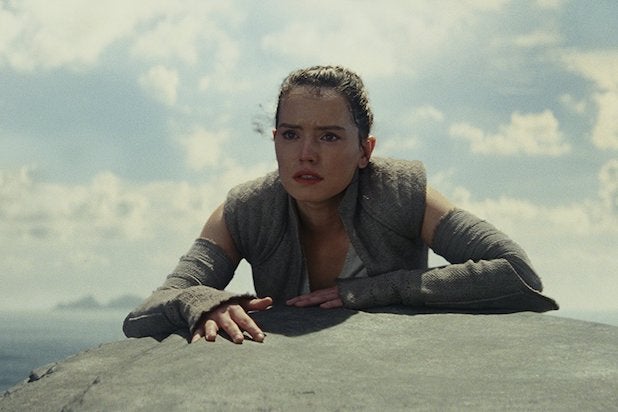 “Star Wars: The Last Jedi” is struggling its opening weekend in China, only grossing ¥62M ($9.5 million) on opening day, including midnight screenings.

According to China Box Office, a Twitter account run by Chinese film industry analyst Jonathan Papish, “The Last Jedi” could fail to reach even $40 million its opening weekend. On opening day, “The Force Awakens” earned ¥212 million ($32.7 million) and it went on to earn $52 million, while “Rogue One” grossed ¥72 million ($11 million) and eventually grossed $30 million.

According to Papish, “Last Jedi” is expected to place second in China, after local rom-com “Ex-File 3: Return of the Exes,” which in its eight days has earned ¥838 million ($129 million). Next weekend, “Jumanji: Welcome to the Jungle” will get its Chinese release.

“Star Wars: The Last Jedi” is by no means struggling for cash — after all, the film has grossed over $1.1 billion worldwide, and $544.6 million domestically. China is the last major territory release for the Disney picture, and the studio is set to release the film on over 25,000 screens in the country.

“The Force Awakens” ended up earning $124 million in China in January 2016, while “Rogue One” earned $69.5 million last year. Either way, “Star Wars: The Last Jedi” is expected to become 2017’s highest grossing release this weekend when it passes the $1.26 billion global total made by “Beauty and the Beast.”

“The Last Jedi” has been lauded by critics in the United States — on Rotten Tomatoes, the film holds a score of 90 percent. Its CinemaScore is A.