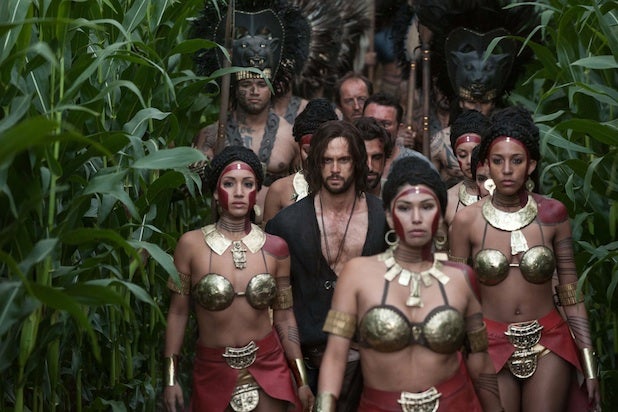 “I really wanted to take the actors out of their comfort zones,” Goyer said.

Premiering on Friday, March 22, the series will leave Rome and goes darker and more physical this season.

“I think we found our tone,” the producer said. “We all feel much more comfortable with it. There are elements that are darker than last season.”

Star Tom Riley added: “In the beginning of the first season, we were trying to find our tone. And in midseason, we took off. This is very much in tune with where we left off.”

On Season 2, Goyer teased that the series will portray some new historical figures based on the success of the Vlad character from last season. It will also dramatize stories that said Da Vinci had traveled to Syria and The New World before history marks such events. Also, the season won’t unravel in a linear timeline.

“A lot of it is fact, but I call it historical fantasy,” Goyer pointed out. “And we’ve always posited that this series was the history you didn’t know.”

Last season, there was some exploration into Da Vinci’s bisexuality, but Riley said that there’s a lot less of that this season — he only had two lovers on Season 1.

Watch the trailer released during the panel below: