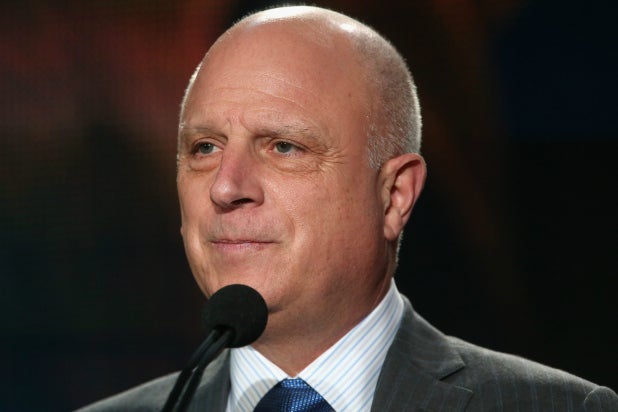 Starz didn’t quite reach the moon with its third quarter financial results.

Wall Street had forecast the premium TV company’s Q3 earnings per share to come in at $0.59 on $422.6 million in revenue, according to Yahoo Finance; Zack’s concurred with the EPS estimate. However, Starz missed on both metrics.

That net income — and thus, the corresponding earnings per share — are up versus the same 90-day period last year. The sales figure is down a few million bucks from 2014, though.

STRZA stock closed on Thursday at $37.20 per share. That marked a decrease of $0.29 per share, or a negative 0.77 percent. But after-hours trading boosted the share price — perhaps that’s because Starz reported subscriber growth to 23.3 million, 1 million more than it had a year ago.

In his prepared statement, CEO Chris Albrecht (pictured above) focused more on his channel’s diversity and investment in original series than on its bottom line.

“Starz’ original programming is resonating with consumers, which is creating significant opportunities for us to further develop our brand with both traditional partners and new distribution platforms, ultimately creating value for shareholders,” he said.

“‘Power’ is our most-watched original series in the history of Starz with nearly 7 million viewers per episode. The growing audiences in the African-American community for this show and ‘Survivor’s Remorse’ further validate the success of our strategy in targeting underserved audiences.”

“‘Outlander,’ ‘Flesh and Bone,’ and next year’s ‘The Girlfriend Experience,’ are capturing the interest of more and more of the female demographic both in the United States and around the world,” Albrecht continued. “With the final season of ‘Da Vinci’s Demons’ and the worldwide premieres of ‘Ash vs. Evil Dead’ and ‘Flesh and Bone’ in the fourth quarter, we will wrap up our largest year of investment in Starz Original series.”

On Wednesday, the premium TV channel renewed “Ash vs. Evil Dead” for a second season, even though the series won’t premiere until Saturday.

A conference call with Starz senior management is set to begin shortly. There have been renewed talks recently of AMC Networks potentially acquiring Starz.