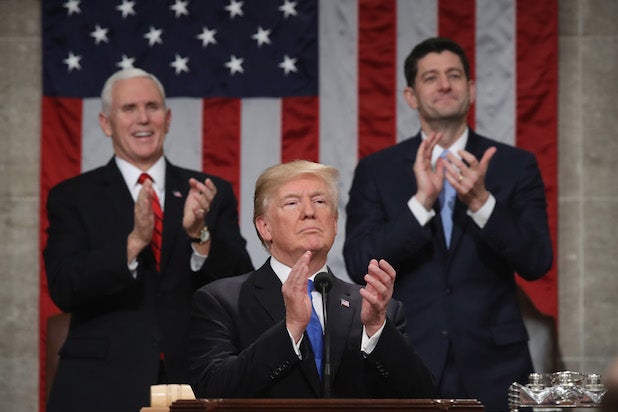 That’s up quite a bit from Barack Obama’s final SOTU (31.3 million viewers), but nowhere near the Trump predecessor’s first one (52.4 million) back in 2009. Obama’s second turn, with 48 million viewers, also out-performed last night’s total-viewer tally.

The recorded-history record still belongs to Bill Clinton, who addressed 66.9 million people back in 1993.

Also Read: Ratings: Trump's SOTU Down From Obama's 2010 Debut - and Fox Is to Blame

With 11.5 million total viewers tuning in to Fox News Channel alone, Tuesday’s primetime event was the highest-rated State of the Union address in the history of cable news. Fox News was the top individual destination on all of television, while NBC edged CBS in terms of the over-the-air channels.

And here is President Trump clapping for himself: