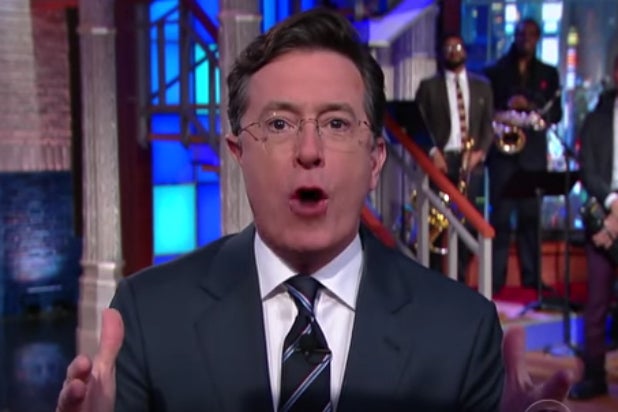 The Colbert-hosted “The Late Show” will be the first late-night series ever to air in the post-Super Bowl slot. After late local news, “The Late Late Show With James Corden” will also air a special Super Bowl Sunday edition

Since Colbert debuted on Sept. 8, his late-night show’s audience has increased by 20 percent to 3.3 million viewers, and is up 60 perecent in adults 18-49 demographic, compared to last year when David Letterman hosted the show.

Digitally, “The Late Show” has grown 2100 percent in full episode streams on CBS.com and CBS apps, and has garnered 31 million social impressions since its premiere–more than any late night show–according to Nielsen Social.

Corden is averaging 1.3 million viewers since his premiere on March 23. Online, the show has amassed more than 264 million views on its YouTube channel, which has grown to more than 1 million subscribers.