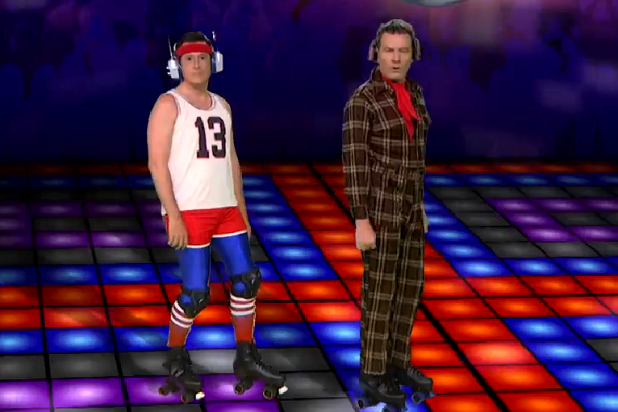 Stephen Colbert will be moving to CBS next year, when the host of “The Colbert Report” takes over for retiring “Late Show” host David Letterman.

As the satirical Comedy Central host prepares for the next phase of his career, TheWrap looks back at what got him there. Watch Colbert’s 10 most-viewed videos below, according to Comedy Central stats.

Colbert Gets Daft Punk’d
After getting stiffed by musical duo Daft Punk, Colbert partied on anyway, putting on an epic dance routine that included Bryan Cranston, Hugh Laurie and — yes! — Henry Kissinger, among many others.

Colbert wasn’t happy when internet denizens began mocking his mentor, Bill “Papa Bear” O’Reilly, over O’Reilly’s meltdown during his “Inside Edition” stint. Colbert rushed to O’Reilly’s defense — and took a dig at musician Sting while he was at it.

Also read: Letterman on Colbert: ‘I’m Very Excited for Him, and I’m Flattered That CBS Chose Him’

The day after the Boston Marathon bombing, Colbert championed the city’s resilience, noting that Boston was founded by Pilgrims, “A people so tough, they had to buckle their goddamn hats on.”

Colbert Hams It Up
As Colbert plotted to extricate himself from the Super PAC business, he enlisted the advice of Trevor Potter, general counsel for John McCain’s 2008 presidential campaign to figure out how to hold onto his hard-raised money.

Colbert offers his thoughts on Sarah Palin knocking Obama’s use of a Teleprompter — while relying on notes written in her palm.

#CancelColbert
A more recent entry, in which Colbert reacts to the #CancelColbert movement that emerged after a questionable tweet was published from his show’s Twitter account.

Colbert grills “Where the Wild Things Are” author Maurice Sendak — and gets a little bit of heat thrown back in his direction.