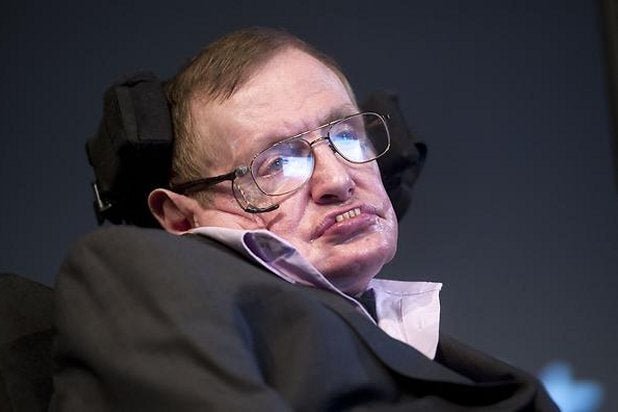 “My ideal role would be a baddie in a James Bond film,” Hawking told the magazine. “I think the wheelchair and the computer voice would fit the part.”

The subject of the film “The Theory of Everything,” Hawking is no stranger to the screen. He’s made several appearances on television shows including “The Simpsons,” “The Big Bang Theory,” “Star Trek” and even a recent humorous spot on “Last Week Tonight with John Oliver.”

“Before I lost my voice, it was slurred, so only those close to me could understand, but with the computer voice, I found I could give popular lectures,” Hawking told the UK edition of Wired, as quoted by The Telegraph. “I was able to speak with a speech synthesizer, though it gave me an American accent. I have kept that voice, because it’s now my trademark.”

Hawking suffers from ALS (amyotrophic lateral sclerosis), which has left him confined to a wheelchair and unable to speak without the voice synthesizer, which he controls with his cheek.

Christoph Waltz has signed to join Daniel Craig and director Sam Mendes in the latest Bond film, the 24th in the popular franchise, with rumors having him stepping into the role of the main villain. That’s not to say they couldn’t find a place for Hawking in the film.

Or perhaps he’d make the perfect villain for the 25th anniversary outing of the iconic character.