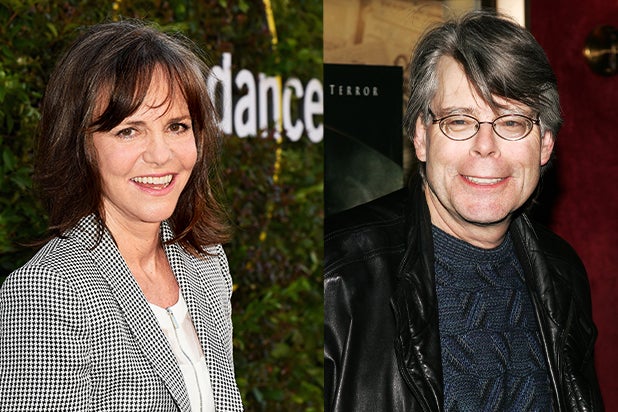 Oscar winner Sally Field and best-selling author Stephen King are among those being awarded with a National Medal of Arts from President Barack Obama.

The honors will be bestowed upon 18 people and three institutions during an East Room White House ceremony on Thursday.

Field is being honored for “her contributions as an actress and filmmaker. The dignity, empathy, and fearlessness of her performances have touched audiences around the world, and she has deployed those same qualities off-screen in her advocacy for women, LGBT rights, and public health,” the White House announcement said.

King is being recognized “for his contributions as an author. One of the most popular and prolific writers of our time, Mr. King combines his remarkable storytelling with his sharp analysis of human nature.  For decades, his works of horror, suspense, science fiction, and fantasy have terrified and delighted audiences around the world.”

King expressed his gratitude, tweeting: “I guess I’m going to be awarded the National Medal of Arts next week. I’m amazed and grateful. Congratulations to all my fellow honorees!”

I guess I'm going to be awarded the National Medal of Arts next week. I'm amazed and grateful. Congratulations to all my fellow honorees!

Here are the other recipients of the National Medal of Arts:

The ceremony will be streamed on WH.gov/Live on Thursday at 3 p.m. ET.

33 Emmy Contenders Answer: Who Deserves an Emmy And Why? (Photos)