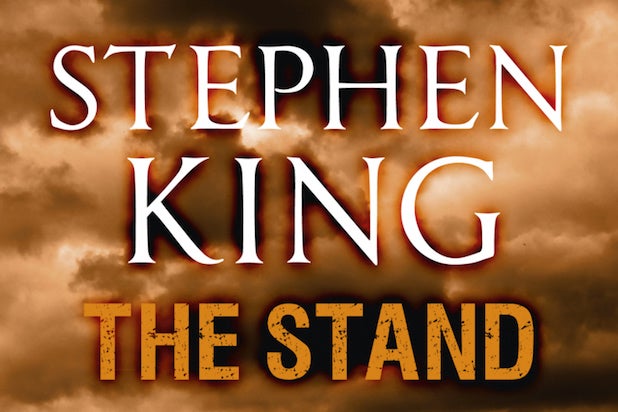 Before it hits a movie theater near you, Stephen King‘s epic postapocalyptic novel “The Stand” will take a revolutionary detour to the small screen, as Warner Bros. and CBS Films are in talks with Showtime to mount an eight-part miniseries that will culminate in a big-budget feature film, multiple individuals familiar with the ambitious project have told TheWrap.

Josh Boone, the “Fault In Our Stars” director who boarded “The Stand” in February 2014, will write and direct the star-studded miniseries, which is expected to start shooting early next year as one cohesive production, according to insiders.

“The Stand” chronicles an epic battle between good and evil after the American population is all but wiped out by a deadly virus. Story follows a group of survivors who fight against an Antichrist-like figure named Randall Flagg.

A miniseries will allow Boone to cover more of King’s epic book than one three-hour movie. The same thinking was once applied to King’s “Dark Tower” series, which never got off the ground, though “The Stand” offers an ensemble-driven story that may be better suited for a groundbreaking adaptation envisioned here.

King is expected to be involved in some capacity along with producers Roy Lee and Jimmy Miller, and high-level meetings among the filmmaking team are taking place next week to finalize the ambitious multi-platform plan. Top talent agents have already been notified, as Boone is expected to set his sights on several A-listers, many of whom have become more interested in doing limited TV in the wake of HBO’s “True Detective.”

Speaking of HBO, while Warner Bros. has a deal with the cable network since they share the same parent company, the network’s involvement was complicated by the fact that CBS Films shares “The Stand” rights with Warner. Since WB is handling theatrical distribution for “The Stand,” it was only fair that the project’s TV component fall under CBS’ deal with Showtime, though no deal is in place yet with the network.

Also Read: Cary Fukunaga Out as Director of Stephen King's 'It' at New Line (Exclusive)

Originally published in 1978, “The Stand” achieved cult-like status by the time it was re-released in 1990 with additions and revisions by King. The influential novel was adapted as a 1994 TV miniseries starring Gary Sinise, Molly Ringwald and Rob Lowe.

Boone will tackle “The Stand” before he turns his attention to Fox’s “X-Men” spinoff “The New Mutants” and Universal’s adaptation of Anne Rice’s “Prince Lestat: The Vampire Chronicles.”

Representatives for Warner Bros. and CBS Films did not immediately respond to requests for comment, while a representative for Showtime told TheWrap “there is nothing to discuss at this time.”