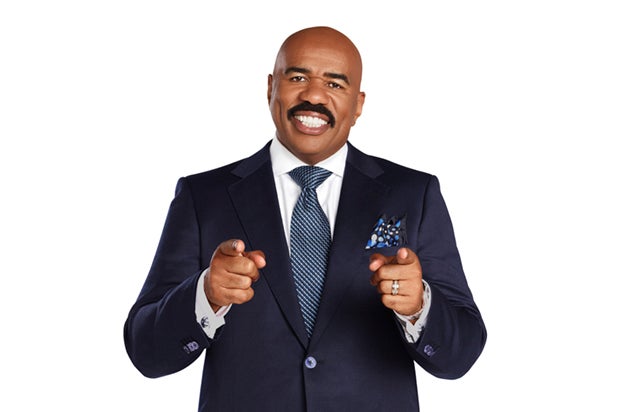 Many Americans are split on Colin Kaepernick’s national anthem protest, but comedian Steve Harvey lent his support for the football player in a series of tweets Wednesday.

IMO the anthem protest isn't anti government/military, it's drawing attention to how the country isn't living up to the words. (1/2) #SHMS

"Land of the Free" aint true for all sadly. Free to go to the store and buy skittles? Free to play in the park? Free to just be? #SHMS (2/2)

Aint that what America about though? Being able to express your opinion? I support @Kaepernick7 and his right to express his.

The San Francisco 49ers quarterback is famously protesting the national anthem by not standing up during performances of “The Star-Spangled Banner” out of refusal to “show pride in a flag for a country that oppresses black people.” Several NFL players have followed Kaepernick’s lead, including prominent members of the Miami Dolphins.

Kansas City Chiefs cornerback Marcus Peters raised his fist, along with Martellus Bennett and Devin McCourty of the New England Patriots, and Jurrell Casey, Wesley Woodyard and Jason McCourty of the Tennessee Titans. The Seattle Seahawks joined arms as a team in a sign of unity.

Since his protest, the response has been polarizing. Charlie Sheen, Spike Lee and President Obama have expressed support, and Kaepernick’s jersey sales have skyrocketed. However, stars like Kate Upton and Rob Lowe have criticized the athlete’s actions, the former stating that sitting or kneeling down during the national anthem is “a disgrace to those people who have served and currently serve our country.”

Over the weekend, Kid Rock shouted, “f— Colin Kaepernick” during a concert in Boston.