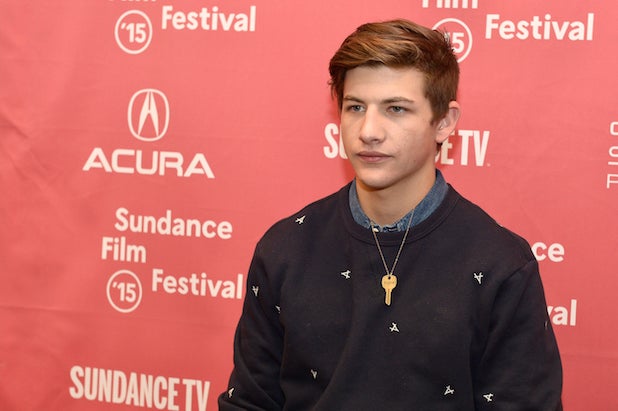 Tye Sheridan, the rising young star of “Mud” and “The Stanford Prison Experiment,” has been cast as the male lead in Steven Spielberg‘s “Ready Player One,” an individual with knowledge of the situation has told TheWrap. Spielberg’s Amblin Partners confirmed the news on its official Twitter account.

Written by Ernest Cline and published in 2011, “Ready Player One” concerns the Oasis, a virtual reality universe that humans in the not-too-distant future come to prefer to living in the real world. Story begins when the founder of Oasis dies and offers his fortune up in a treasure hunt that brings out all kinds of contestants, including a teenager named Wade Watts, who will be played by Sheridan.

Olivia Cooke (“Me and Earl and the Dying Girl”) is set to play the female lead in the film, which was written by Zak Penn. Ben Mendelsohn will play the villain, an executive for an Internet corporation that has designs on Oasis.

Sheridan next stars as Cyclops in “X-Men: Apocalypse.” He has also wrapped the indie “The Yellow Birds” with Alden Ehrenreich and Jennifer Aniston. He’s represented by WME and Mosaic.