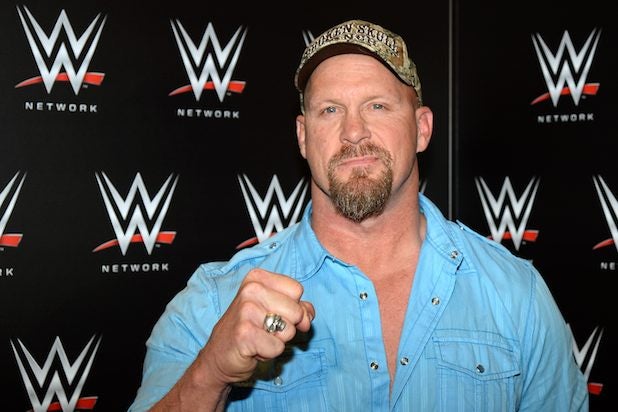 Gay marriage is just fine, and that’s the bottom line, according to Stone Cold Steve Austin.

The WWE wrestler’s profanity-laced defense of gay marriage is making the rounds on the web, months after he delivered the passionate demand for equality on his podcast, “The Stone Cold Steve Austin Show — Unleashed,” in 2013.

“I’m for same-sex marriage. I don’t give a sh– if two guys, two gals, guy-gal, whatever it is, I believe that any human being in America, or any human being in the goddamn world, that wants to be married, and if it’s same-sex, more power to ‘em,” Austin said in response to various news headlines he had been reading at the time. “What also chaps my a–, some of these churches, have the high horse that they get on and say ‘we as a church do not believe in that.’ Which one of these motherf—ers talked to God, and God said that same-sex marriage was a no-can-do?”

Listen to the gospel of Austin 3:16 below: