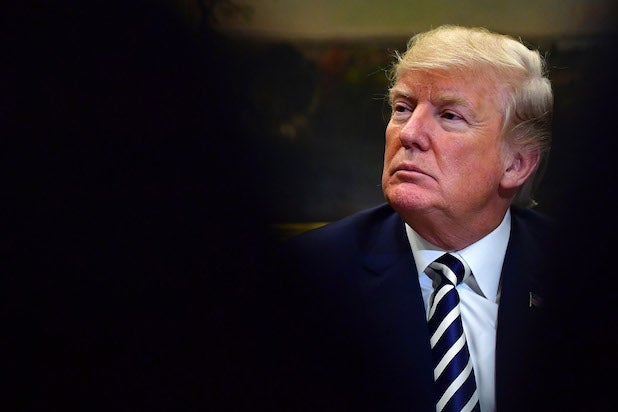 Donald Trump has remained mum following Stormy Daniels’ much-hyped appearance on “60 Minutes” Sunday, leaving many wondering what the commander-in-chief thought of the interview or if he even bothered to watch.

If his past tweets are any indication, not only was Trump tuned in, he is probably tracking the show’s ratings today as well.

Well, he can’t be happy with how well last night’s episode did.

Following his September 2015 appearance on the venerable news program, then-candidate Trump boasted about the show’s ratings the following day.

“Wow, the ratings for @60Minutes last night were their biggest in a year— very nice!” Trump wrote.

About 15 million viewers tuned in to watch the the “60 Minutes” premiere that year, which included interviews with both Trump and Russian President Vladimir Putin. Pretty good.

But that’s still well short of Daniels’ own performance on the show, which scored a whopping 22 million total viewers. That not only trumped Trump’s 2015 turn by a huge margin, it was actually the newsmagazine show’s best performance in about a decade.

The last “60 Minutes” to beat this one was a November 2008 Steve Kroft conversation with President-elect Barack Obama and his wife Michelle, which averaged 24.5 million overall audience members.

Here’s Trump’s old tweet, again proving there is one for every occasion:

Wow, the ratings for @60Minutes last night were their biggest in a year— very nice!