The stars of “Straight Outta Compton” went straight to the Microsoft Theater at LA Live in downtown Los Angeles for the film’s premiere on Monday night.

Former One Direction member Zayn Malik was the surprise guest of the night, and his appearance at the premiere quickly trended on Twitter. 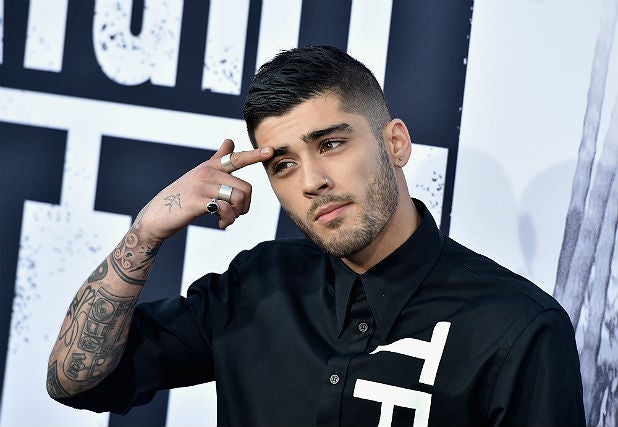 The film traces the origins of N.W.A. (an acronym for Niggaz Wit Attitudes) — the gangsta rap group Ice Cube co-founded in Compton, California, in 1987 along with original members Dr. Dre, DJ Yella, Arabian Prince and Eazy-E, who died in 1995.

“We will have plenty of resources and officers there in case of any emergency,” Lopez said. “We wish that everybody enjoys the premiere and has a safe evening.”

Ice Cube, who has produced a string of films including the “Friday” franchise, “Ride Along” and the “Barbershop” films, recently told TheWrap why “Straight Outta Compton” took years to hit Hollywood.

“It was one of the hardest movies I ever had to get made. It’s been a four-year process and that’s just actual process,” Ice Cube said about the Universal Pictures release, which hits theaters Friday. “But as the dream, it goes back almost 10 years.”

Analysts say it is on track to make at or near its $29 million production budget on opening weekend, and the film has already created a buzz on social media thanks to a clever marketing campaign that allows users to change their profile picture to the famous album cover. Even Bette Midler jumped on the bandwagon with a “Straight Outta Salem” image in honor of her 1993 comedy “Hocus Pocus.”

TheWrap’s film reporter Jeff Sneider was inside the premiere, where Ice Cube called Universal’s Donna Langley “the sixth member of N.W.A.” and said “we are all here because of Eazy motherf–kin E.”