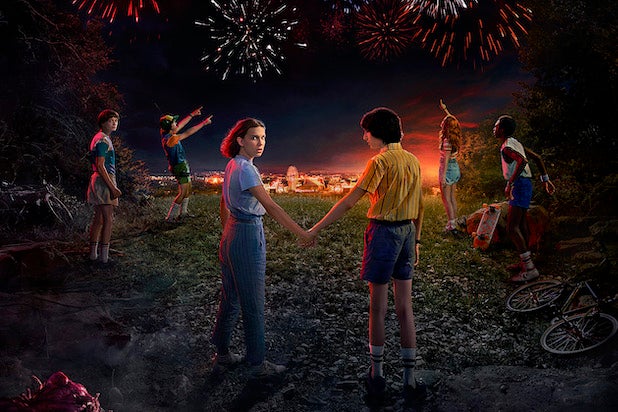 The plaintiff of a lawsuit against “Stranger Things” creators Matt and Ross Duffer has withdrawn the complaint claiming that the brothers stole the idea for the hit Netflix show from a pitch meeting five years ago.

In the lawsuit, plaintiff Charles Kessler claimed that he pitched the idea for a paranormal sci-fi show set in a small town to the Duffers during a meeting at the 2014 Tribeca Film Festival, and that the brothers took the idea and turned it into “Stranger Things.”

Last month, a judge rejected the Duffers’ request for a summary judgment, with the defendants arguing that sending the case to trial would do damage to both the show and Netflix by revealing confidential financial information and plot points for future seasons of the show.

But now that information will not be revealed in court, as Kessler has dropped the lawsuit after deposition testimony brought forth evidence that the Duffers developed core ideas for the show prior to the alleged meeting with him.

“After hearing the deposition testimony this week of the legal expert I hired, it is now apparent to me that, whatever I may have believed in the past, my work had nothing to do with the creation of ‘Stranger Things,'” said Kessler in a statement. “Documents from 2010 and 2013 prove that the Duffers independently created their show. As a result, I have withdrawn my claim and I will be making no further comment on this matter.”

In their own statement issued Sunday, Netflix said it was “glad to be able to put this baseless lawsuit behind us.”

“As we have said all along, ‘Stranger Things’ is a ground-breaking original creation by The Duffer Brothers. We are proud of this show and of our friends Matt and Ross, whose artistic vision gave life to ‘Stranger Things,’ and whose passion, imagination and relentless hard work alongside our talented cast and crew made it a wildly successful, award-winning series beloved by viewers around the world.”

The third season of “Stranger Things” is set for release on Netflix on July 4.