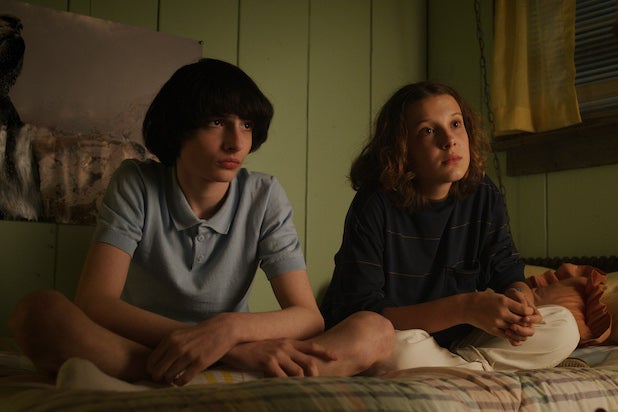 “Stranger Things 4” may not hit your screens for a while — cards on the table, we actually have no idea when it will launch — but that doesn’t mean strange things aren’t happening behind the scenes to pull the upcoming episodes together.

On Wednesday, dubbed “Stranger Things Day” by Netflix, the Twitter account for the show’s writers’ room shared an image of the script for Episode 401, written by the Duffer Brothers themselves, revealing the premiere’s title: “Chapter One: The Hellfire Club.”

The tweet read, “looking for new members… are you in?”

OK, for those of you who don’t immediately get the reference, allow us to explain: The Hellfire Club is a fictional society featured in Marvel Comics that is often at odds with the X-Men. The group abducts Jean Grey, an X-Man with psychic abilities not unlike Eleven’s (Millie Bobby Brown), and try to use her as a weapon in their evil schemes.

Is it possible this is a hint that Season 4 will feature Eleven getting her powers back — and then being kidnapped by a group that wants to use them for their own nefarious purposes?

“Stranger Things” was renewed for a fourth season at Netflix in September, just as the streaming service signed the sci-fi series’ creators and showrunners, Matt and Ross Duffer a.k.a. The Duffer Brothers, to a multi-year film and series overall deal.

looking for new members… are you in? pic.twitter.com/P1xAWNUPss

The Evolution of Sean Astin, From 'The Goonies' to 'Stranger Things' (Photos)

Young fan on Twitter referred to him as “Sean Astin from ‘Stranger Things,'” but the actor is known for so much more