We’ll get this out of the way right now, because you probably raced here to find out when the heck Season 4 of “Stranger Things” is finally premiering on Netflix. We have some bad news: Unfortunately, we still have no idea when the new season will launch.

But the good news is, we know the new season is actually happening, because Netflix released the first teaser for “Stranger Things 4.” And you can watch it right now in the video above.

The teaser begins with a montage of children playing games in a lab setting. We see a clock that’s striking 3 and a camera blinking red, and the sterile room decorated with rainbows as a handful of young kids clad in medical gowns and shaved heads play. Creepy child laughter echoes over the scene, and at one point, a kid’s hand holds up a Magic 8-Ball that reads, “signs point to yes.” Then, the camera zooms to outside the room and we watch from behind as a man walks into the room.

“Good morning, children,” the guy says, and for the record we’re pretty sure is Brenner says. “Good morning, Papa,” the children reply eerily in unison. Brenner asks, “how are you today,” and the kids reply, “good, Papa.” 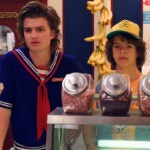 “Good, I’m glad to hear it, because today, I have something very special planned for you. Eleven, are you listening?” (the guy we’re pretty sure is) Brenner says, as the camera zooms out through the hall to a locked cell door with the number 11 on it. As this is happening, what sounds like frantic breathing coming from behind the door intensifies. Then, it fades to black — but not before we see a glimpse of a very freaked out Eleven (Millie Bobby Brown).

Since Dr. Brenner appears to have died back in Season 1 under very gruesome circumstances, we’re betting this is a flashback of some kind to when Eleven was being experimented on as a child. But who knows, “Stranger Things” is weird and maybe Brenner will be returning, somehow.

But, that’s all Netflix and the Duffer brothers are giving us for now, it seems. There still isn’t a release date yet, though it’s been speculated the show could come out sometime next year.

Season 4 of “Stranger Things” does not yet have a release date. 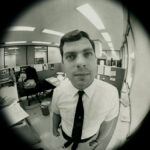 Also Read:
‘Sons of Sam': 5 Most Shocking Details From the True Crime Docuseries