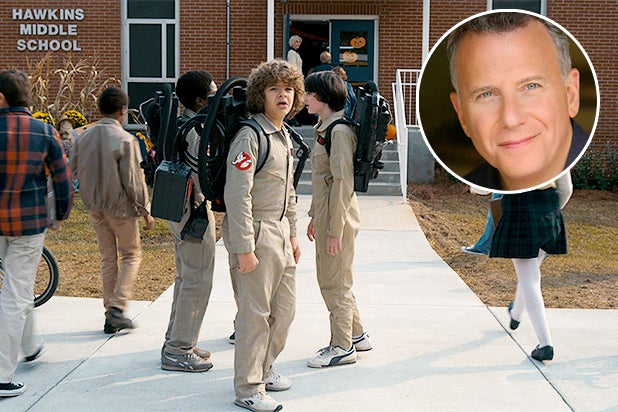 Mysterious new faces are coming to “Stranger Things” Season 2, and it turns out, the nature of these characters may still be a mystery even to the people who play them.

“[The Duffer brothers] told me who I was playing and they told me what they had in mind. It was sort of nebulous — is he a good guy or a bad guy?” Reiser recently told EW about Dr. Owens. “To be honest, I’ve only read a few of the scripts so I still don’t know and I’m not sure they know.”

Dr. Owens is described as a high-ranking member within the Department of Energy on a “clean-up” assignment, tasked with containing the events of last year. The character worked under the name “Paul Reiser” when the Duffers were conceiving the arcs of Season 2.

Reiser is also well aware that his “Aliens” character could cloud people’s expectations about Dr. Owens.

“I think part of what they were tickled by was, to whatever extent people know me from Aliens, they’re automatically going, ‘Oh this guy is no good,'” he said. “I don’t know where they’re going with it but it’s a fun thing to play.”

And, of course, “Stranger Things” has already done the mad scientist thing before, with Matthew Modine’s Dr. Brenner in Season 1.

“There’s a little more humanity,” Reiser said of Dr. Owens. “Modine’s character had very few lines so he was this looming, powerful presence. My guy is much more hands-on and sort of among his many degrees is that he has a bedside manner that Modine’s character did not have. I know coming into this what this community has gone through and my job is to try and walk them through their mistrust.”