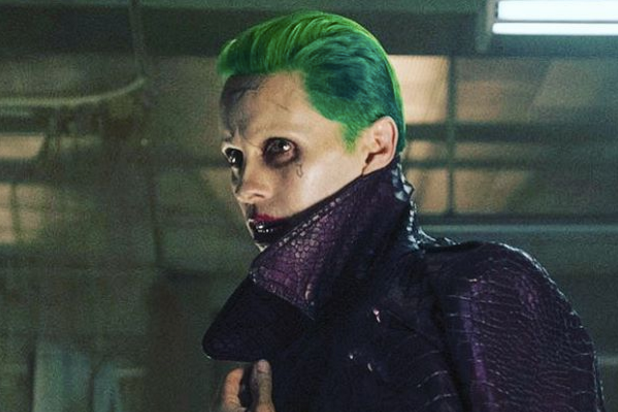 Preparing to play the role of classic villain The Joker for “Suicide Squad,” Jared Leto had any number of inspirational sources to draw from.

Say, Cesar Romero, Jack Nicholson and Heath Ledger, all of whom have played the clown-faced villain onscreen.

But, apparently, Leto pulled from the musical world when developing his iteration of the character.

Speaking to NME, Leto said that there’s a little bit of recently deceased music legend David Bowie in the mix of his portrayal.

“We discussed David Bowie a bit,” Leto said, referencing conversations with “a famous writer in the world of DC.”

“Not necessarily the music of David, but his class, his elegance, his timelessness,” said Leto — who, when he’s not acting, moonlights as the frontman for the band 30 Seconds to Mars.

The actor went on to opine that it’s likely impossible not to draw from the Thin White Duke in some way when artistically engaged.

“Bowie is definitely one of the people we spoke about. And I think David Bowie is probably an inspiration for almost anything you can do creatively,” Leto said.

Watch Leto discuss the Bowie/Joker connection in the video.