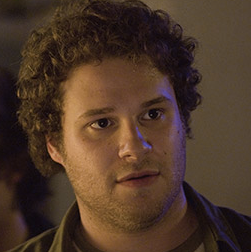 Jonathan Levine ("The Wackness") will direct a script penned by Will Reiser.

No word on the plot, although it’s supposed to be a comedy in the "bittersweet" vein — one the company says deals with "friendship, love, and survival."

"It’s rare to find a script that has you laughing and crying in equal measure, or a cast and director as perfectly suited to get the tone of this unique and moving film as perfectly right," Erik Feig, Summit’s president of production, said in a statement.

The project will be produced by Seth Rogen, Evan Goldberg and Ben Karlin. Reiser is executive producing along with Mandate Pictures’ president Nathan Kahane.

Filming will begin principal photography this month in Vancouver.

International sales will be handled by Lionsgate at the European Film Market in Berlin, which starts Thursday.