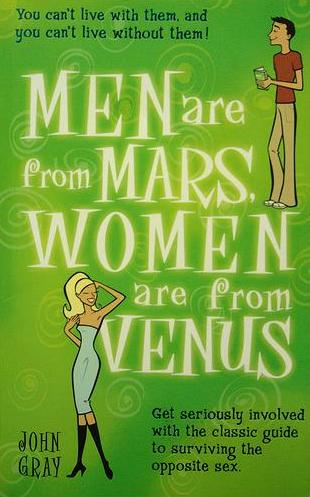 Summit has acquired worldwide film and TV rights to the bestselling book series "Men Are From Mars, Women Are From Venus," by John Gray, Ph.D.

Gail Berman and Lloyd Braun will produce the film through their production company BermanBraun.

Expect Summit to launch an ensemble-driven film franchise in the vein of romantic comedies "Valentine’s Day" and "He’s Just Not That Into You."

The first book in the series was published by Harper Collins in 1992 and was the #1 bestselling book of the last decade. The "Mars-Venus" series has sold over 50 million books worldwide.

Summit execs Erik Feig and Meredith Milton will oversee the project for the studio.