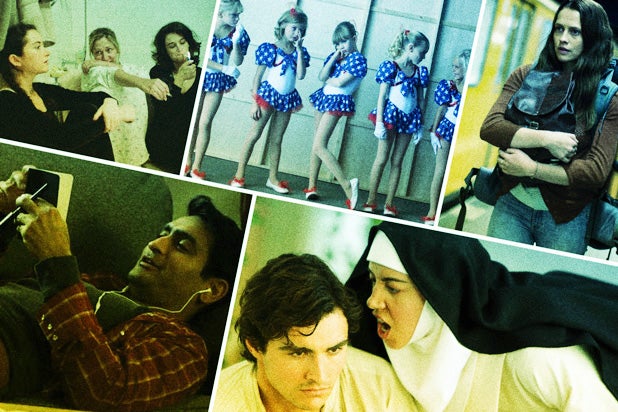 The company also spent big on documentaries, including $5 million for the Russian sports-doping doc “Icarus” — the priciest nonfiction acquisition in Sundance history — and $2 million for “Nobody Speak: Hulk Hogan, Gawker and Trials of a Free Press.”

Amazon, whose eyebrow-raising $10 million purchase of “Manchester by the Sea” at last year’s festival seems to have paid off big time, kicked off its 2017 buying spree with a $12 million paycheck for the Kumail Nanjiani romantic comedy “The Big Sick.”

Perhaps Amazon was buoyed by the success of “Manchester,” which has grossed $40 million and counting at the box office, and landed the company its first Oscar nomination for Best Picture (as well as five other nods).

Traditional studio-based indie distributors were just as active in Park City — and in many cases mimicked their streaming-service rivals by spending more to obtain worldwide rights to titles (which Netflix nearly always grabs, with exceptions like “Mudbound” on which it took U.S. rights as select foreign territories that had not been pre-sold).

Sony Pictures Classics bought worldwide rights to several films, paying $6 million for the Armie Hammer gay love story “Call Me by Your Name,” $5 million for the high-concept comedy “Brigsby Bear” and an undisclosed amount for the convent-set drama “Novitiate.”

Fox Searchlight — which paid a record-setting $17.5 million for last year’s “The Birth of a Nation” and then watched it flounder at the box office after the Nate Parker debacle — shelled out a healthy $9.5 million for the New Jersey-set hip-hop comedy “Patti Cake$” and also bought the feel-good step-dance documentary “Step.”

Netflix remained the most active buyer at the festival this year even though it has earned a reputation for treating theatrical releases as a bit of an afterthought, sometimes teaming with micro-distributors for very limited art-house releases.

According to one sales rep involved with “Fun Mom Dinner,” Momentum paid in the very low six figures for U.S. theatrical rights for the comedy — with the bulk of the $5 million deal assumed by Netflix for worldwide streaming.

Having so little skin in helps a company like Momentum manage expectations, especially with Netflix’s contentious relationship with American theater owners. Likewise, Vertical is handling theatrical and SVOD on another Netflix title, “Berlin Syndrome.”

IFC Midnight also acquired two midnight selections, “The Killing Ground” and “78/52,” a documentary about the making of Alfred Hitchcock’s “Psycho.”