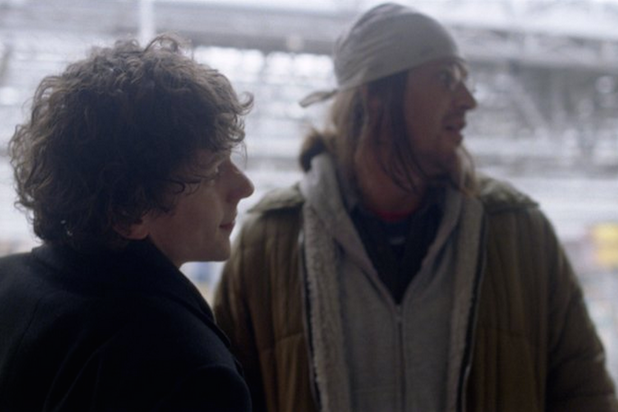 A24 is nearing a deal to acquire U.S. rights to James Ponsoldt‘s “The End of the Tour,” which stars Jason Segel as “Infinite Jest” author David Foster Wallace and Jesse Eisenberg as Rolling Stone reporter David Lipsky, an individual close to the deal has told TheWrap.

The deal, which is being brokered by WME and UTA, is in the low-seven-figure range, according to sources.

Story explores the bond Wallace and Lipsky developed over the course of a five-day interview in 1996.

Also Read: Join TheWrap at Sundance for Its First Live-Streamed Interview Studio From the Film Fest

A24 acquired Ponsoldt’s last Sundance film, “The Spectacular Now,” so the company has a strong relationship with the filmmaker.

“The End of the Tour” premieres on Friday at the Eccles.