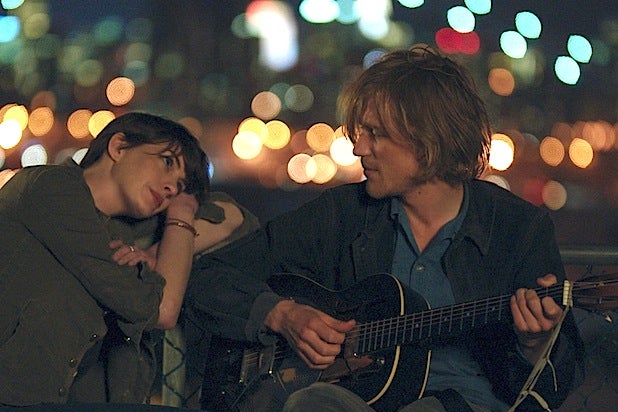 Sundance 2014 will channel the independent spirit of film festivals past, as buyers and sellers say this year’s crop of movies looks decidedly less commercial – at least on its face.

Barker’s company already has three movies playing at the festival — and one’s a sequel (“The Raid 2: Berandal,” right) — but several distributors echoed Barker’s perspective: Few movies this year are obvious candidates for a major sale, lacking the massive star or premise to whet the appetite of a larger studio.

That stands in sharp contrast to last year, when both “Don Jon” and “The Way, Way Back” were assured big paydays before they screened. The former, Joseph Gordon-Levitt‘s directorial debut, scored a $25-million commitment from Relativity Media. The latter had a cast filled with Hollywood talent, including Steve Carell, and netted almost $10 million from Fox Searchlight.

“This is a more traditional, Sundance-of-old lineup,” one acquisitions executive from a festival fixture told TheWrap.

In grasping for a star-driven title, some cited “Song One” (above), which stars Anne Hathaway, “Frank,” which stars Michael Fassbender and “The Voices,” starring Ryan Reynolds (below, left). But, as another  frequent buyer told TheWrap, movies “will need to emerge as opposed to jumping out at you.”

But remember, every year a movie or two transfixes the festival — and the lack of an obvious sales title will not prevent agents from securing multi-million-dollar paydays. “Fruitvale Station” performed that trick last year, while “Beasts of the Southern Wild” was the buzz title in 2012.

That is welcome news to many Sundance veterans, many of whom bemoan the commercialization of an event that purports to promote independent film. Corporate sponsors, movie stars and powerful Hollywood agencies took over the event long ago.

Those aren’t going anywhere, but sellers hope quality prevails in a market with more buyers chasing more product than usual.

Genre to the Rescue
Sundance has replaced some of that lost star power with gore and humor. Genre movies have been a Sundance fixture ever since “The Blair Witch Project” began its terror campaign there in 1999 — but this year’s slate is one of the strongest and deepest in memory.

Among the highlights: Horror maestro Adam Wingard (“V/H/S,” “You’re Next”) will return to Sundance with “The Guest,” while “Insidious” writer Leigh Whannell teamed with “Glee” writer Ian Brennan for “Cooties,” a horror/comedy produced by and starring Elijah Wood.

Both are screening in the Park City at Midnight section, but genre fare has crept out of the popular program: Both buyers and sellers have been impressed by the genre titles that have found their way into other sections. “Life After Beth,” in which Aubrey Plaza plays the titular girlfriend who dies and then mysteriously return, will screen in the U.S. dramatic competition. “A Most Wanted Man,” a thriller that already has distribution will screen in the premieres section.

“Usually the genre films are limited to the midnight category,” Jessica Lacy, ICM Partners’ international and independent chief, told TheWrap, “This year you have a few in premieres and competition. There isn’t anything I’m not excited for.”

The increase in genre fare is not specific to horror, either.

“There are a number of comedies, and I like that people are attempting that,” Exclusive Releasing’s Matt Brodlie told TheWrap. “Usually a comedy gets sold for a bunch of money – and everything else is a dark drama.”

Those dark dramas may be what Sundance is known for, but it seems the programmers noticed Hollywood’s appetite for genre has only increased since the days of “Blair Witch.” Microbudget movies “The Purge” and “Insidious: Chapter Two” were two of last year’s most profitable films, while eight comedies (none from Sundance, however) crossed the $100 million mark at the box office.

Few Sundance movies ever reach those heights, but you can still make a nice sum whether in theaters or via VOD.

VOD – A Blessing and a Curse
The explosion in the number of VOD distributors, like RADiUS and Gravitas Ventures — not to mention digital buyers like Netflix and Vimeo — leads to more dealmaking than ever before. If a film does not earn a theatrical release, it can still reach viewers via these new outlets.

Not everyone thinks that is a good thing.

Several buyers remain critical about VOD – or at least dubious. Yet many others see it as an outlet for movies that would never have earned a release before – an opportunity to earn a return that was previously unimaginable.

Exclusive Releasing just had a modest success releasing the  Formula One documentary “1” on iTunes before it appeared on other VOD platforms.

“We do not want people to think of VOD as the modern equivalent of straight-to-DVD,” Brodlie said. “It’s the best use of the money to exploit a film to its fullest.”

Buyers Galore
While VOD remains a source of dispute, there is one thing all sellers are happy about: more quality buyers.

Two studios, A24 and CBS Films, established themselves last year as viable distributors of more commercial festival titles (a group that already includes Fox Searchlight, Sony Pictures Classics and The Weinstein Company, among others).

CBS Films, the division of the broadcast network, posted its biggest year to-date in 2013. It began with the acquisition of “Kings of Summer” (then “Toy’s House”) at Sundance, and culminated in the release of the Coen Brothers’ “Inside Llewyn Davis,” a critically beloved film CBS bought before it awed Cannes. It can release a movie nationwide, a gift given to only the festival’s most commercial title or two.

Also read: How Fox Searchlight Made the Biggest Deal at Sundance: $9.75M on an Egg Sandwich

A24, still just a year and a half old, cannot offer so robust an opening. Yet the distributor’s taste, innovative marketing and aggressiveness at festivals has gotten a lot of attention. It bought “The Spectacular Now” at Sundance last year, one of five festival titles it released throughout the year.

Sellers are particularly curious about A24’s deal with DirecTV, which can land a movie in front of viewers before it ever opens in theaters.

“When people hear the A24 name they get excited,” Paradigm’s Ben Weiss told TheWrap. “Looking back at ‘Spectacular Now’ and ‘Spring Breakers,’ they did a good job.”

And then there are potential bidders who don’t even release movies. Both Gigi Pritzker’s OddLot Entertainment and Megan Ellison’s Annapurna Pictures have acquired films at festivals — even though neither is a distributor. But they but two examples of companies that can supply money for the acquisition and marketing, confident they will partner with a distributor on the release. That’s what Annapurna did last year on “Spring Breakers,” striking a deal with A24

And the bottom line …
All these emerging buyers and digital storefronts augur another good market, perhaps a repeat of last year when several movies landed seven-figure deals. Yet the box office performance of those movies was uneven.

The two biggest winners, “Don Jon” and ‘The Way, Way Back,” both grossed more than $20 million at the box office — huge figures for most Sundance movies, but slight given their price tags.

“A lot of films don’t benefit from wide releases – especially if they are good movies,” John Sloss, who sells and helps finance movies through Cinetic Media, told TheWrap. “Everything I’ve heard about [‘Don Jon’] leads me to believe it could have been a more profitable film if treated differently.”

Other favorites, like “Fruitvale Station” and “20 Feet From Stardom” both turned Sundance momentum into a strong box office run.

In other words, nobody knows what to expect – and they like it that way. Sundance is supposed to be about discovery.