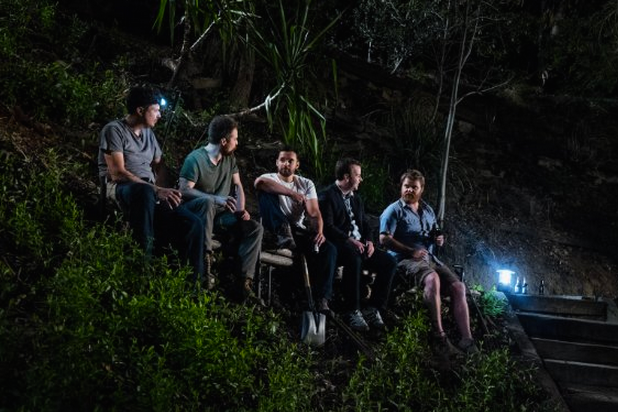 The Orchard is acquiring North American rights to Joe Swanberg’s “Digging for Fire,” which Swanberg co-wrote with star Jake Johnson. The duo also produced the movie with Alicia Van Couvering.

An individual with knowledge of the negotiations told TheWrap that the deal is worth around $2 million.

“Digging for Fire” follows the discovery of a bone and a gun which sends a husband (Johnson) and wife (DeWitt) — each full of doubts about their future and anxiety about the present — on separate adventures over the course of a weekend.

After the premiere, Swanberg explained that the movie was about the realization that a marriage should be “two individuals agreeing to be in a relationship, rather than two people melting into one thing.”

“After admiring Joe’s films for a long time, it’s a dream for us to have the opportunity to work with him,” said The Orchard’s SVP of Film & TV, Paul Davidson. “We think audiences will flock to ‘Digging for Fire’ for its engaging and comedic look at adult relationships and we’re excited to work with Joe, Jake and Alicia to make that a reality.”

“I came to Sundance to find the company that loved my film the most, and would do the smartest and most aggressive job releasing it. I have found that company in The Orchard and can’t wait to start this new relationship,” added Swanberg.

This is Swanberg’s second collaboration with Johnson following ‘Drinking Buddies,’ and his second film in two years at Sundance following ‘Happy Christmas.’

“I wanted to work on ‘Digging for Fire’ to get another opportunity to work with Joe Swanberg,” said Johnson. “He is a true collaborator. His movies are essentially written by the ensemble and he wants everyone at their best. As a director, he is a true artist, and I love having the chance to work with him.”

The deal was negotiated by The Orchard’s director of acquisitions Danielle DiGiacomo and the filmmakers directly, with André Des Rochers of Gray Krauss Stratford Sander Des Rochers.