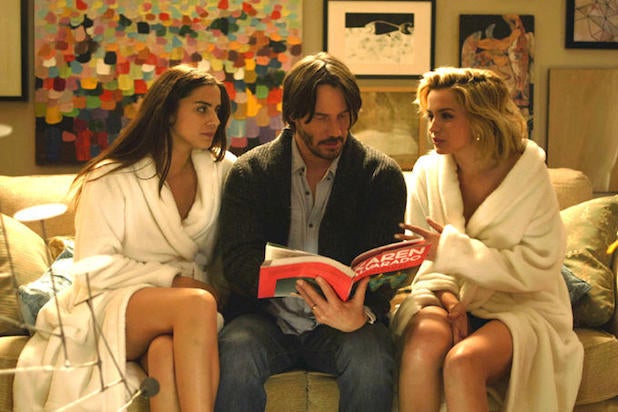 Lionsgate is back in business with Eli Roth, as the studio has closed a deal to acquire the director’s home invasion thriller “Knock Knock” for $2.5 million, an individual close to the negotiations has told TheWrap.

The film premiered on Friday night at the Library and drew mixed reviews, with several critics taking aim at the film’s campy third act. Izzo and de Armas, however, earned strong notices for their startling turns as the psychotic villains.

Also Read: ‘Knock Knock’ Sundance Film Festival Teaser Will Have You Turned On and Terrified (Video)

Roth wrote the script with his “Aftershock” collaborators Nicolas Lopez and Guillermo Amoedo.

Camp also co-stars in the film alongside Aaron Burns and Ignacio Allamand, who appeared in Roth’s “Green Inferno” as well as Lopez’s “Aftershock.”

Lionsgate previously released Roth’s directorial debut “Cabin Fever” as well as both of his “Hostel movies.”

The “Knock Knock” deal was negotiated by CAA and Elwes on behalf of the filmmakers.