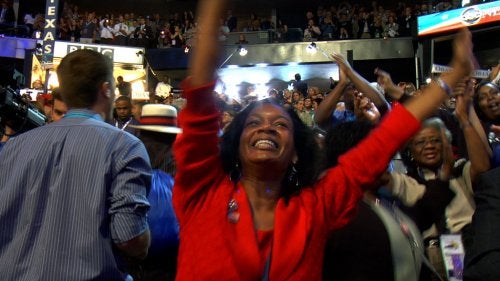 The documentary, Schnack’s third nonfiction film, takes a behind-the-scenes look at Denver’s efforts in hosting the convention at which Barack Obama was nominated for president. Through the intertwining stories of several protesters, reporters from the Denver Post, the mayor of Denver and his staff, the convention planners, protest groups and more, "Convention" delivers a complex, unique portrayal of this historic event.

The film had its world premiere last May at AFI Silverdocs as the Gala Centerpiece Screening.

Schnack’s previous films are the Independent Spirit Award-nominated "Kurt Cobain About a Son" (2006) and "Gigantic (A Tale of Two Johns)" (2002).

Schnack also runs the nonfiction film blog "All these wonderful things," which he launched in 2005.