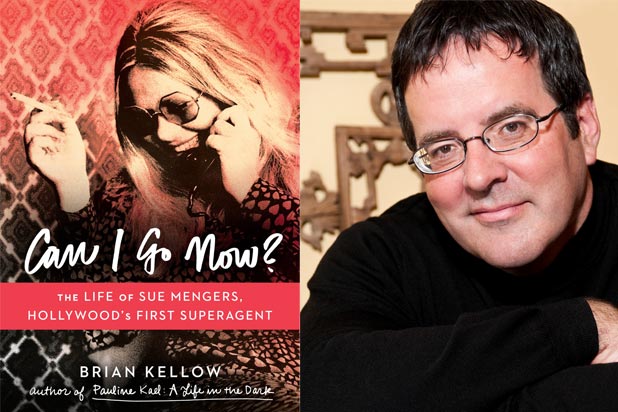 At the height of her power, the legendary talent agent Sue Mengers managed the careers of Barbra Streisand, Ryan O’Neal, Gene Hackman, Ali McGraw, Burt Reynolds and many others. But her influence waned and by 1986 she left the business altogether after a long and successful run at ICM. Two years later, she returned to agenting at William Morris — and to a much different industry, as Brian Kellow writes in this exclusive excerpt from his new book, “Can I Go Now? The Life of Sue Mengers, Hollywood’s First Superagent.”

It didn’t take Sue long to realize the mess that William Morris was in — and in her new position, she had only limited power to fix some of it. Unlike ICM, Morris leaned toward penny-wise and pound-foolish, paying some of their best agents in the $60,000 range and denying them company cars. There was also a profound sense of entitlement: the executives insisted that the assistants dress expensively, even if their salaries couldn’t support anything more than a basic wardrobe. […]

She could still give excellent advice to her colleagues. Johnnie Planco, an agent at William Morris at the time, remembered what a tough taskmaster she could be. Scott Glenn was preparing to succeed John Malkovich in Lanford Wilson’s long-running Broadway hit “Burn This,” and Sue told Planco to go to New York to see the play and sign Glenn on pain of death. Planco thought it seemed like a fool’s errand, but did as he was told. When he met Glenn backstage, the two of them hit it off, and he succeeded in signing him. Planco immediately called Sue, who said, “Listen to Mama and see what happens?”

Sue detested the condescending old-boys’-club attitude of the older men on the staff but took great pleasure in her relationships with new female colleagues, among them Elaine Goldsmith, and she was happy to be working with her old friends Toni Howard and Boaty Boatwright. But she was quite brutal about the quality of the talent they were representing. After reviewing each of the individual agents’ client lists, Sue pronounced, “You all have crap!” She was determined to bring star power into the agency but repeated her earlier mistake of not putting enough focus into developing young actors into major stars. Among Goldsmith’s clients who had yet to break through were Tim Robbins and Julia Roberts. “Without stars, honeeey, you’ll never be one,” she told Goldsmith. She spoke dismissively of Roberts, apparently having forgotten the high when she saw her in “Mystic Pizza” at Ray Stark’s house. Goldsmith rather defensively pointed out that Roberts was about to star in the film version of Robert Harling’s stage hit “Steel Magnolias,” directed by Sue’s old client Herbert Ross. 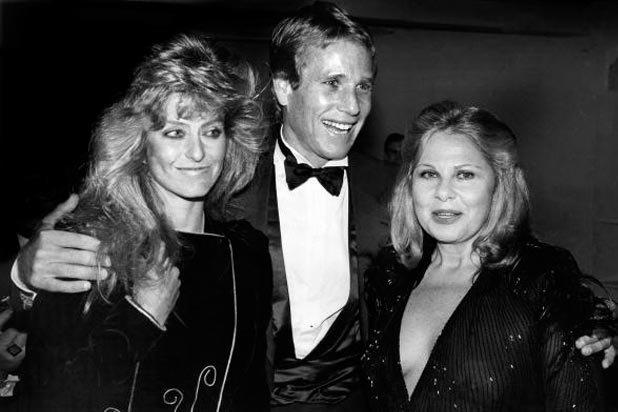 But the stars continued to be elusive, no matter how many tricks Sue pulled out of her hat. She arranged a signing meeting with Geena Davis shortly after the actress’s Academy Award-winning success in 1988’s “The Accidental Tourist.” Toni Howard, J.J. Harris and Goldsmith were all present, and they gave Davis the hard sell, talking about current hot projects and about female executive power. 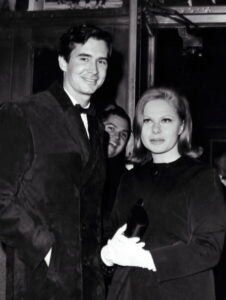 At the regular Wednesday staff meetings, there was a lot of grandstanding on the part of many of the agents. Someone would begin to brag about a deal for a star client that was nowhere close to set, and Sue would start to make masturbatory gestures. At other times, when someone else was speaking, she would mutter under her breath, “These people are such schtumies.” Sitting across the table, Toni Howard, worried that the others would think Sue was losing her grip, would make discreet hand signals to attempt to get her to stop.

One of William Morris’ few top female stars at the time was Anjelica Huston, who was being pursued by director Stephen Frears to play hard-bitten con artist Lilly Dillon in his upcoming film “The Grifters.” Huston, however, was hedging. “I was worried,” Huston recalled, “because there was a scene where Lilly gets slammed in the stomach with a bag of oranges and her insides are so messed up from it, she shits in the corner. I said to Toni Howard, ‘I don’t know if I can do this. It’s graphic.'” Howard suggested that she speak with Sue, who several years earlier had turned Huston down as a client because, bizarrely, she felt that Huston was too much like Ali MacGraw.

Huston showed up for a meeting with Sue at William Morris. The first words out of Sue’s mouth were “If Stephen Frears wants you to take a shit in the corner, that’s exactly what you should do.” Years later, Huston remembered it as the kind of advice she always responded to, and gave kudos to Sue, whom the actress felt was “unparalleled in her honesty.” 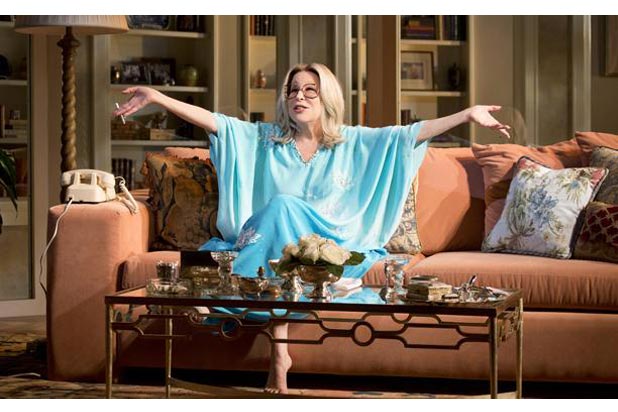 Whatever the obstacles she was facing at William Morris, work didn’t occupy every second of Sue’s life; she retained her curiosity about other people and was constantly seeking to expand her social circle. When Robin Hurlstone, a tall, handsome, British art dealer, became Joan Collins‘ new lover in the later 1980s, Collins lost little time in bringing him to Sue’s for an unveiling. Hurlstone recalled that he was so intimidated by Sue that he wasn’t able to speak.

Sue introduced Hurlstone to many of her “twinklies.” One day during lunch, she confessed to him that she was bored with Los Angeles and wanted to meet someone interesting. Hurlstone promptly telephoned Elton John and invited him to lunch at Sue’s house. John was apprehensive, since he had met her a few years earlier and found her terrifying, but he agreed to show up. When Hurlstone called Sue to tell her he was bringing John and his partner, David Furnish, for lunch, Sue was impressed. “Tell me,” she asked, “is there anything they can’t eat, apart from pussy?”

View In Gallery
BIO Brian Kellow
Brian Kellow is the author of "Pauline Kael: A Life in the Dark," which was a 2011 New York Times Notable Book of the Year. He is also the author of "Can I Go Now?: The Life of Sue Mengers, Hollywood's First Superagent," "Ethel Merman: A Life," "The Bennetts: An Acting Family," and the coauthor of "Can%u2019t Help Singing: The Life of Eileen Farrell." He is the features editor of Opera News. Kellow lives in New York City.

Brian Kellow is the author of "Pauline Kael: A Life in the Dark," which was a 2011 New York Times Notable Book of the Year. He is also the author of "Can I Go Now?: The Life of Sue Mengers, Hollywood's First Superagent," "Ethel Merman: A Life," "The Bennetts: An Acting Family," and the coauthor of "Can%u2019t Help Singing: The Life of Eileen Farrell." He is the features editor of Opera News. Kellow lives in New York City.