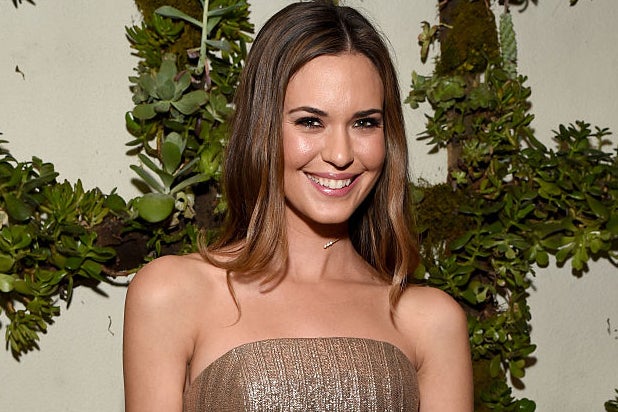 Reign will be the big bad of Season 3, as part of an interpretation of the infamous World Killer storyline from the pages of the DC Comics.

“Greg [Berlanti] and I have wanted to work with Odette for years,” showrunner Andrew Kreisberg said in a statement. “We are beyond excited to have her join our cast in the scary, powerful and heartbreaking role of Reign.”

The character’s introduction was first teased in the final moments of the Season 2 finale of “Supergirl.”

Flashing back to 35 years ago — the day Krypton died — the show traveled from where Superman and Supergirl were placed in pods to travel to Earth, to the opposite side of the planet, to find that another baby was being prepped for the same flight.

Hooded figures lay the baby down, then seem to feed the tiny creature a fingertip smeared with some blood.

The blood-drinking led fans to speculate the baby could grow up to be iconic Superman villain Doomsday — last seen in “Batman v Superman.”

But another clue pointing in a different direction came from the hooded figures, who discuss the baby as “it” rather than him or her.

“It will grow strong on earth,” one says. “It will reign.”

In the comics, Reign is a “worldkiller” created by a group of Kryptonian scientists.

“Supergirl” will return in the fall for Season 3 on The CW.