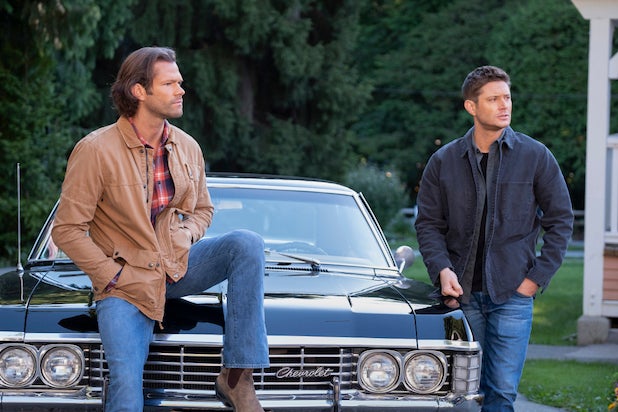 (Warning: Major spoilers ahead for the series finale of “Supernatural.”)

After 15 seasons, “Supernatural” came to an end Thursday with a series finale called “Carry On” and that’s what fans are going to have to do now that the Jensen Ackles- and Jared Padalecki-led CW series is over. And if you are one of the viewers who hasn’t gotten around to watching just yet, but would like to know how it all ends, TheWrap is here to help.

The short answer is Dean (Ackles) dies and Sam (Padalecki) lives out the rest of his life without his big brother, before the two are reunited in the shows final moments in heaven. But there is a little more to the final hour of the long-running CW series than that.

See, the episode started like many that came before it: Sam and Dean got a case, they started to solve it, but an obstacle got in the way and this time it was a very little one that led to a very big problem. Dean got impaled by a nail, which he immediately knew was a fatal injury. Sam tried to find a way to help his brother, but Dean asked him to stay with him and told Sammy how proud he was of him and that he’d always looked up to his younger sibling. Dean then asked Sam for permission to let go and Sam gave it to him, watching his brother die with his head on Sam’s shoulder.

Sam gives his brother the traditional hunter funeral by setting him ablaze, then goes back to the bunker and sits with the dog he and Dean recently got. Sam is at a loss for what to do until he gets a call on one of Dean’s burners, asking for an “Agent Bon Jovi” to come help out with a weird case in a small town. So Sam packs up and goes it alone.

Meanwhile, Dean arrives in heaven to see Bobby (Jim Beaver), who explains to him that Jack (Alexander Calvert) and Castiel (Misha Collins) made some changes up there and heaven is what it was always supposed to be: not a place where you relive your “greatest hits” but where you get to be connected to the people you love. Then Bobby tells Dean not to worry, because time passes differently in heaven and Sam will be there soon. Dean hops in the heaven-version of his Impala a.k.a. “Baby” and takes off for a drive.

Down on earth, we see Sam live out the entire rest of his life. He gets married and has a little boy named Dean (aw!), who he teaches the Winchester ways. Sam gets older and older, enjoying milestones with his family and remembering his big brother by sitting in the real Impala. When Sam is clearly a very old man, he dies in a hospital bed at home with his son by his side.

Also Read: Everything We Know About 'The Boys' Season 3 - So Far

At this point, Dean has been driving up in heaven and reaches a bridge. He stops and parks in the middle of it and gets out of the car. We then hear him say “Hey Sammy,” before turning to look at his brother. The episode — and thus “Supernatural” — ends with Sam and Dean together in heaven, looking out at the view on that bridge.