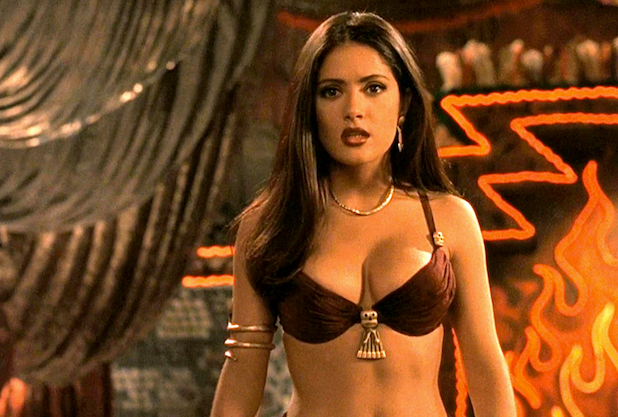 South by Southwest is expanding its definition of a film festival, hosting the premiere of six upcoming television shows as part of a new “Episodic” section. The Austin, Tex.-based event unveiled the majority of its film lineup Thursday, a slate spanning more than 100 movies, 76 of which will be making their world premieres.

Yet the biggest difference from years past is the presence of upcoming shows like “From Dusk Till Dawn: The Series,” Robert Rodriguez’ adaptation of his own 1996 movie, “Deadbeat,” a Hulu original series, and “Silicon Valley,” the latest comedy from “King of the Hill” creator Mike Judge.

The addition of a whole television section sprang from the success of prior premieres for “Girls,” the HBO show created by festival regular Lena Dunham, and “Bates Motel,” the A&E show that borrows from Alfred Hitchcock’s “Psycho.”

“It had been in our mind for a long time with such great, quality work being made for TV,” SXSW head of film Janet Pierson told TheWrap. “We want to stay in the middle of what’s exciting. More and more people are interested in premiering series with us, and the challenge for us is what makes it uniquely South by Southwest?”

Pierson and the rest of the selection committee only picked shows that will premiere at the festival. No ongoing show could stage a season premiere in Austin, which ruled out any shows from Netflix.

The interactive side of SXSW remains a hub for up and coming start-ups and tech giants, which may be one reason their compatriots on the film side called the section “Episodic” rather than TV.

Sports will also play a larger role in the festival’s film section, as SXSW added an entire sports track to the festival. It’s a convergent track, meaning that its tentacles extend into the film and interactive elements. In addition to movies about Manny Pacquiao, jigsaw puzzles and tennis, there will be panels featuring sports luminaries like mogul Peter Guber and Jurgen Klinsmann, the soccer coach of the U.S. men’s national team.

The star power is notable throughout the film festival, particularly in the small, talent-focused headliners section. “Neighbors,” the Rogen-Efron movie, will premiere alongside “Chef,” Jon Favreau‘s movie starring Favreau, Sofia Vergara and Scarlett Johansson, as well as the “Veronica Mars” movie.

“There has always been a lot of interesting talent here, but maybe it is a function of how movies are getting made,” Pierson said. “Even low-budget films are trying to attract more cast.”

Like any film festival, SXSW emphasizes discovery, and its competition, visions and spotlight sections play host to many movies by lesser-known filmmakers. The narrative and documentary competition sections feature eight movies each, fewer than most of the festival’s other sections.

Though Pierson and her colleagues prefer to select movies that premiere at the festival, they also have a section, “Festival Favorites,” dedicated to movies that premiered in places like Toronto, Cannes and Sundance. That is where one can find “Bad Words,” Jason Bateman’s directorial debut, “The Raid 2,” the sequel to the Indonesian martial arts film and “Boyhood,” the latest from Texas-born director Richard Linklater.

Pierson especially wanted to debut “Boyhood,” but Sundance won this time around. SXSW will reveal its midnight and shorts section Feb. 5.