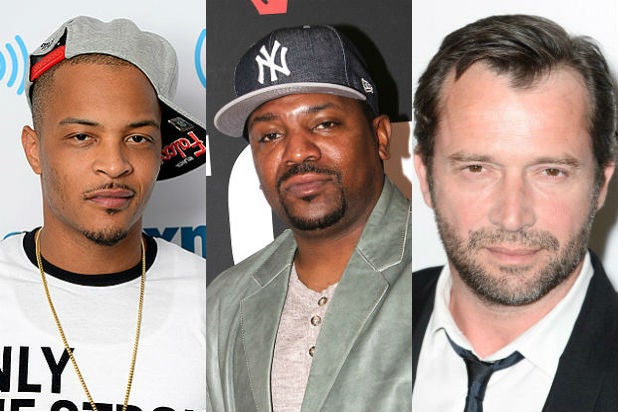 Rapper T.I., Mekhi Phifer, and James Purefoy are among additions to the cast of A&E’s “Roots” miniseries, the network announced on Thursday.

Grammy-winner Tip “T.I.” Harris will play Cyrus, a headstrong slave who fights for his freedom for the Union Army against the Confederacy; Phifer will play Jerusalem, a mute slave who works on the Murray plantation, but who is not quite what he appears to be; Purefoy will appear as John Waller, the wealthy owner of a Virginia plantation who buys Kunta Kinte as a slave upon his arrival in America.

“Roots” is a historical portrait of American slavery recounting the journey of one family and their will to survive, endure and ultimately carry on their legacy despite enormous hardship and inhumanity.

Spanning multiple generations, the lineage begins with young Kunta Kinte, who is captured in his homeland of The Gambia and transported in brutal conditions to colonial America, where he’s sold into slavery.

“Roots” is an A&E Studios production in association with Marc Toberoff and The Wolper Organization, the company that produced the original “Roots.”

The four-night, eight-hour event miniseries developed by History will simulcast on History, A&E and Lifetime.