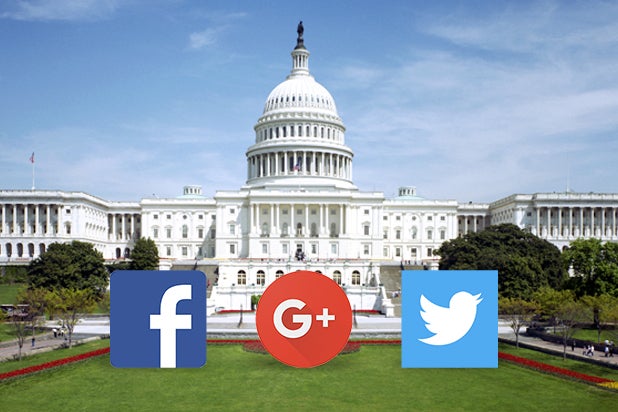 Representatives for Facebook, Google and Twitter went to Washington hat-in-hand on Tuesday to address congressional investigators. The topic at hand: The influence of Russian-backed fake news on the 2016 U.S. election and how to prevent future manipulation.

Facebook General Counsel Colin Stretch opened the remarks on the tech side, insisting that “we take what happened on Facebook very seriously. The foreign interference we saw is reprehensible.” Twitter Acting General Counsel Sean Edgett and Google Director of Law Enforcement and Information Security Richard Salgado echoed those comments, establishing what would become a familiar pattern as Facebook answered questions, and they said, essentially, us too.

No solutions were reached, but senators were able to vent at the tech giants, who detailed their response to the problem. Here are some key takeaways from big tech’s grilling in D.C.:

Hundreds of Millions of People Were Affected

An hour into the hearing, Facebook said 126 million people were exposed to one of the 80,000 posts pushed by Russian agents. This happened both before and after the 2016 election. Stretch stressed it represented a “small amount” of content in the News Feed — about 0.04 percent — but “any amount is too much.”

Edgett said Twitter suspended 2,752 accounts tied to the Russian Internet Research Agency between Sept. 1 and Nov. 15, 2016, and had turned over the user handles to congressional investigators.

Google’s Salgado said $4,700 in ads were purchased by the IRA — in comparison to about $100,000 paid for on Facebook. All three representatives aimed to thread the needle on multiple occasions, reiterating a similar refrain: the overall impact was minor, yet any amount of foreign intervention is too much.

The three companies said they’re doubling down on their ability to detect political meddling. Facebook is increasing its ad review team from 10,000 to 20,000. Twitter is adding “hundreds” of workers to its own team. Salgado said in 2018 Goole will “release a transparency report for election ads and pair that with a library of election ad content that will be accessible to researchers.” Notably, all pointed to machine learning and artificial intelligence tools that’ll be used to weed out shady content.

During the hearing, Senator Al Franken demanded that Facebook to commit to not taking currencies from hostile foreign governments, like North Korea.

“I can tell you we’re not going to permit political advertising by foreign actors,” Colin Stretch said, but he added that this wouldn’t prevent such entities from switching to paying in U.S. dollars.

They Don’t Know if Other Countries Conduct Fake News Campaigns

Things got interesting when Senator John Kennedy took the mic about 70 minutes into the hearing. The Republican from Louisiana asked Facebook’s Stretch how many advertisers the social network has. Stretch said the platform had five million monthly advertisers. Kennedy then rattled off several countries — China, Turkmenistan, North Korea — and asked if they also used Facebook to post manipulative content.

“I’m not aware of other foreign actors running the same sort of campaign,” said Stretch.

Stretch said their ability to see “behind the activity” — whether the advertisers are shell corporations — is something Facebook can’t do.

Kennedy then turned his ire to Google, asking a question that has increasingly popped up following Russia’s fake news war — “are you a media company or a neutral technology platform?”

“We’re a technology platform,” said Salgado, before telling Kennedy “we’re not a newspaper. We’re a platform for sharing of information, that can include news from sources such as newspapers.”

“Isn’t that what newspapers do?” added a vexed Kennedy.

Facebook and Twitter said Russian trolls primarily focused on “hot button” issues like immigration to rile up users. But this strategy shifted after 2016 election, with accounts calling into question President Trump’s win.  “We saw a lot of activity fomenting discord about the validity of his election,” said Stretch.