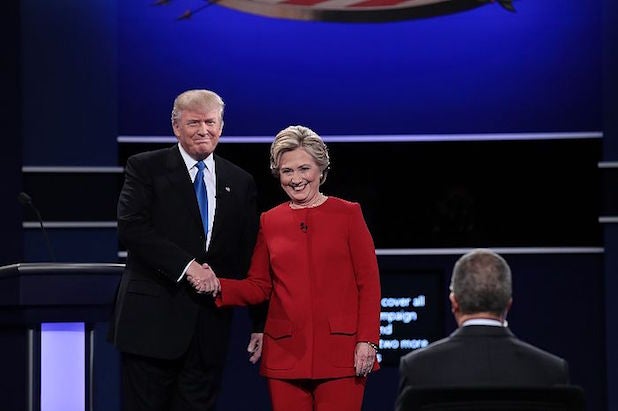 Taliban leaders watched the presidential debate from a secret location in Afghanistan, and were were disappointed that the candidates didn’t discuss the landlocked country, according to NBC News.

“We were very interested in watching,” Taliban spokesperson Zabihullah Mujahid told NBC. “There nothing of interest to us in the debate as both of them said little about Afghanistan and their future plans for the country.”

Mujahid added that Donald Trump will say “anything that comes to his tongue” and isn’t a serious candidate.

The Taliban ruled Afghanistan until U.S. forces attacked them following the attacks of Sept. 11, 2001. The group is currently trying to defeat the American-backed administration in Kabul to regain control of Afghanistan.

The showdown between Clinton and Trump was the most-watched presidential debate in history, with over 81 million viewers tuning in, not including live streams.

The debate, moderated by NBC News anchor Lester Holt, was the first of three presidential debates scheduled prior to Election Day. The second debate is scheduled for Oct. 9 in St. Louis, Missouri and the third will be Oct. 19 in Las Vegas, Nevada.

The moderator is responsible for coming up with questions and topics. Perhaps Hillary Clinton and Trump can mention the militant group a little more next time.