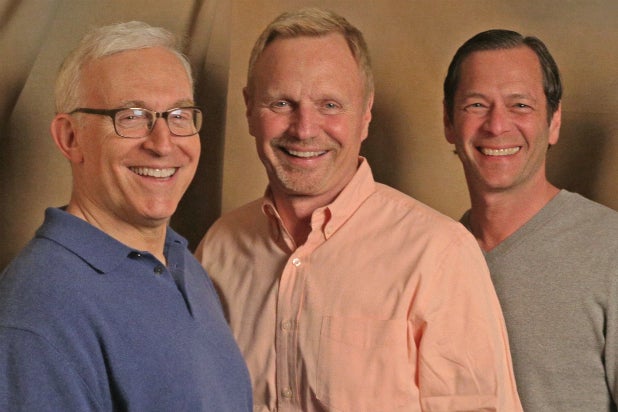 “New Life TV,” available at 1 p.m. PT Thursday for a subscription fee $9.95 per month, will offer a daily 30-minute show with Christian-based relationship expert Arterburn and panelists as well as short clips and archive material.

TAPP co-founder and CEO Klein told TheWrap that Arterburn was selected to launch the service in part because of the radio host’s massive, deeply engaged preexisting audience.

Also read: Jon Klein on His New Online Venture: ‘We’ve Created the Company That I Feared Would Come Along’

“Steve really fit the template of what we were looking for in the initial channel,” Klein said.

“He is a household name to three or four million people in this country who hang on his every word and build their lives around what he has to say, and they consumer everything he does,” Klein explained, adding that Arterburn has written self-help books and hosts weekend workshops that his dedicated fan base patronizes time and again.

“New Life TV” on TAPP is designed to delve deeper into what Arterburn offers his listeners and readers by allowing subscribers to view the channel on demand via laptops, tablets and mobile devices — in keeping with Klein and Gaspin’s business model of personality-based channels with exclusive content for “underserved” fans.

“What we’re looking for in TAPP talent is a committed following and an underserved following,” Klein said.

If it seems like TAPP has been focusing on personalities with a more conservative bend — last week’s rumor mill was running with the possibility that Republican firebrand and former Alaska Governor Sarah Palin was in talks to start a channel — that’s not by mistake.

“Conservatives are a very identifiable cohort underserved for a long time, one of the types of superfan” TAPP targets, Klein said.

“We’re not limiting ourselves to the conservative market, though they’ve been early adopters.”

What TAPP wants, Klein said, are personalities with niche audiences that are unsatisfied with the amount and quality of content currently available — or that simply crave more.

“The goal is to drive followers who are already in constant contact wit their idol to a brand new TV channel that they can carry around in their pocket,” Klein said.

“We’re living in an age where we can give into our obsessions. We can binge watch ‘Breaking Bad’ and ‘House of Cards,’ so why not binge watch TAPP?”