When Ayatollah Khomeini incited the Iranian revolution in 1979, he sent tape cassettes from exile in Paris to his followers, spreading his message and giving instructions.

Thirty years later, as Iranian citizens have taken to the streets again — this time to protest the repressive government Khomeini helped to create — Hossein Hedjazi is sending his own message from abroad — but without the cassettes. 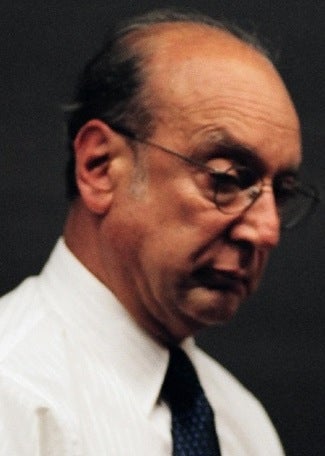 Hedjazi, an Iranian expatriate who lives in Los Angeles, hosts a weekly newscast on PARS-TV, which broadcasts out of Tarzana, California. The first TV station in the Persian community, its mostly political programming is sent by satellite worldwide — all in Farsi.

It even reaches viewers in Iran, despite the efforts of the Iranian government, which has blamed Western media outlets for encouraging protesters.

“Four or five times they have blocked it, but the station goes through different routes, piggybacking on other satellite operators,” Hedjazi told TheWrap. “They have been very cooperative helping us in that.”

Hedjazi not only hosts his own show, he also calls in to or appears on the station’s other shows, breaking news or giving his take on events across the globe. “We are trying to be informative and tell the people we are there to support them,” Hedjazi said.

But he is unabashed in his criticism of the government, which officially upheld the election results Monday. On his show that night, he discussed the ongoing protests, emphasizing the violence perpetrated by the army and royal police.

He is even more outspoken when it comes to supporting the regime’s detractors.  Most of the footage the station airs comes straight from the protesters, who send in videos mostly through email.

“It’s amazing what the women, the young girls and overall the people are doing, especially the students that are trying to get the news out of Iran by hacking into different routes they find — Twitter, Facebook — because all other means of communication with the free world are lost,” he said.

What moves Hedjazi most has been the display of unity in what he said has traditionally been a fractured community, and he sees PARS’ broadcasts as a way to encourage and promote it.

“I tell them to please put all of the personal differences aside," he said. "We are all Iranian and are all fighting for one cause — freedom, human rights, freedom of speech of opinion and separation of church and state.”

Founded to “provide a sense of political and cultural harmony,” PARS is run by Amir Shadjareh, a native of Tehran, who founded the network in 1998 after running Channel 18, the first Persian late-night TV production company for eight years. It’s available on Galaxy 19 cable network.

Hedjazi only came to the station a month ago — just in time for the controversial elections generating the recent conflict. Back in Iran, he’d had a show on a nationally owned radio station in Iran TK TEHRAN?, where he was director of planning and budget at Free University. Then, with the Shah patrolling the airwaves, nothing could be said against him or his family.

In 1979, when it became clear that Khomeini would take power, he came to the United States and applied for U.S. citizenship. With the expected flood of migrants after the revolution, he was given just one month to move his belongings from Iran. After the country stabilized, he hopped on the first flight back, hoping to get a feel for how it had changed.

He was immediately turned off when he saw a former colleague donned in a headscarf rather than her traditional mini-skirt. “I realized that everything I was thinking or hoping was nonsense,” Hedjazi said. “It’s not going to matter.”

Back in the states, and in Los Angeles, he opened up a pizza place to “survive.” When it failed, he became a contractor and soon launched his own business, which he still owns, called Abstract Construction.

In 1999, he finally returned to the radio — at the Iranian station KRIN, where he hosted one of the only political talk shows for the entertainment-focused station and eventually became program director. But even then he was not allowed to offer his own opinion — having to rely on his guests instead.

“I had a lot of differences with the general manager,” Hedjazi said. “He didn’t know anything about the culture, didn’t speak Farsi, he had people around him that were misleading him about the whole situation.”

When the station finally let him go, it gave Hedjazi the chance to put on the type of show he has always wanted. “This is the continuation of the same show I had on the radio, but with more liberty to talk about different issues.”

As a result of the situation in the country following last week’s elections, he said, “I’m almost up 24 hours a day to follow the news that comes out from Iran — and all of us here are hoping it gets somewhere.”

On top of his heavy workload, his first month also brought his first threatening phone call. A supporter of Iranian Prime Minister Mahmoud Ahamadinejad hounded the station for an hour before Hedazi put him on-air — and then the caller overwhelmed him with obscenities and physical threats.

While the tone of the call may have been upsetting, Hedjazi is happy to finally have critics — a sign that he finally has an opportunity to speak his mind.

“People are trying to use this as a window of opportunity, which is a huge window, to get rid of this kind of regime that has been repressive,” he said. And, he doesn’t think it will end peacefully.

Now that they have had a taste of freedom of expression, he said, “they are going to fight for it — and we have seen that in the demonstrations.”