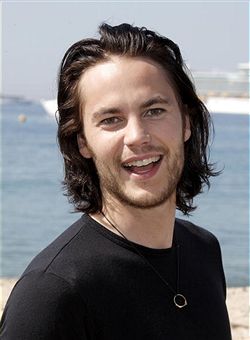 Universal’s "Battleship" represents everything that’s wrong with Hollywood at the moment.

I’ve asked several of my friends why they’ve stopped writing screenplays in their free time and the general consensus seems to be that there’s no point, since the major studios are only interested in developing movies around established brands like Hasbro board games and Bazooka Joe. It’s really getting ridiculous, and yet, people continue to flock to these types of movies. I don’t understand why, but suffice to say, most folks will go see the movies that have the most marketing muscle behind them, comfortable with being told what to see rather than seek out the genuinely good movies that don’t have the resources for a major ad campaign or a wide theatrical release.

Despite my personal feelings about the creatively bankrupt project, Universal has cast "John Carter of Mars" star Taylor Kitsch as the lead in Peter Berg’s "Battleship," according to the Hollywood Reporter.

Kitsch will play a "wildly spirited" Naval commander named Alex Hopper who is "a great seaman but a lousy politician." I’ll admit that I’m not terribly familiar with Kitsch’s work since I don’t watch him on "Friday Night Lights," but I was left thoroughly unimpressed by his bland turn as Gambit in "Wolverine," where the young actor failed to register onscreen amongst his A-List co-stars.

Oscar-nominated "Hurt Locker" star Jeremy Renner had previously been mentioned for the lead role in "Battleship," but he wisely jumped ship for Paul Thomas Anderson’s religious drama since scheduling conflicts wouldn’t allow him to do both projects. I think it’s safe to say he made the right choice.

The hard part of writing a post like this is that I really respect Berg as a filmmaker. I loved his pitch-black debut "Very Bad Things" and got swept up in the Explosions in the Sky-driven drama of "Friday Night Lights," except for its anticlimactic ending. I even dug his unfairly overlooked Iraq film "The Kingdom" and appreciated how he tried to play with the superhero genre in "Hancock." The sci-fi tentpole "Battleship," however, makes no sense for him as a filmmaker.

Did you just raise an eyebrow over "sci-fi" because I sure did when I first read it. It seems writers Jon and Erich Hoeber have added a wholly unnecessary "alien invasion" element to the naval board game adaptation, which finds an international fleet joining forces to battle The Regents, an extraterrestrial armada looking to harvest a power source out of the ocean. Why is it that every other movie these days shoehorns aliens into its besides-the-point plot?

If there’s one lick of good news in this tragic mess, it’s that Tom Arnold will also appear in "Battleship." The actor broke the news himself in the comments section of a Movieline article. (Tom, baby, send TheWrap the scoop next time!) Believe it or not, I think Arnold is a pretty engaging actor when he wants to be. I missed his celebrated turn as a pedophile in "Gardens of the Night" but I thought he was fantastic in 2005’s "Happy Endings" and similarly impressive in "The Kid & I." Arnold didn’t reveal what role he’ll play but I’d be willing to bet it’ll be along the lines of a wise-cracking smart-ass. If only "Under Siege" star Steven Seagal would agree to a fun cameo as the ship’s cook …

Despite Berg and Arnold’s involvement in the project, I’m hoping this "Battleship" sinks at the box office. The future of Hollywood is at stake.