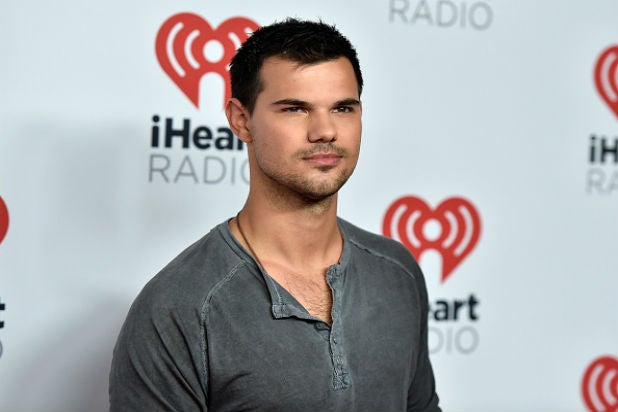 Taylor Lautner‘s abs need not fear taking a back seat to his singing voice.

The “Twilight” star proved Broadway isn’t in his future when he was invited to sing along to Journey’s “Don’t Stop Believin'” with a band playing at a bar in Nashville, Tennessee.

Lautner definitely gets an A for effort, but that is where the praise for his performance stops.

But he does deserve some props for being kind enough to pass around the tip jar, as TMZ reported, after he stopped screeching into the microphone. Donations could have gone either way, though. Fans may have emptied their pockets because they were so happy the actor was getting off stage, or they held onto their cash because they were mad at the band for letting him get on stage, in the first place.

Watch a video of Lautner’s performance below.

Kristen Stewart, Robert Pattinson, Taylor Lautner, Kellan Lutz and the cast of "Twilight Saga: Breaking Dawn — Part 2" heat up the premiere of the final movie in the "Twilight" series

Yes, "Twilight" stars and are-they-or-aren't-they-still-a-couple Kristen Stewart and Robert Pattinson appeared together on the carpet.
View In Gallery