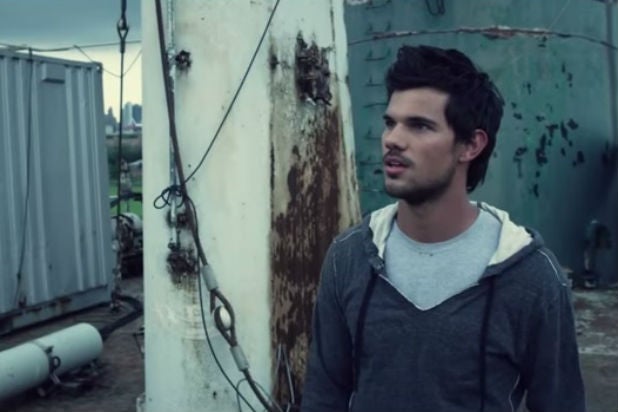 The film centers around the use of parkour, a French training discipline that focuses on moving from place to place as quickly and efficiently as possible.

In the movie, Lautner plays Cam, a young man who crashes his bike into a girl named Nikki (Marie Avgeropoulos). Cam eventually meets her friends, a group that uses parkour to pull off heists. Hoping to alleviate his deepening debt to a local gang, Cam quickly joins the gang. As the stakes get higher, the payouts get bigger. Cam quickly finds himself in over his head and must use all of his cunning and new parkour skills to escape.

In the clip, Cam meets members of the group for the first time. Nikki shows off her parkour to get up and over the perimeter of a fence with ease. Perched precariously high above the water, Cam asks, “What are we supposed to do?” Nikki responds, “Try and keep up.”