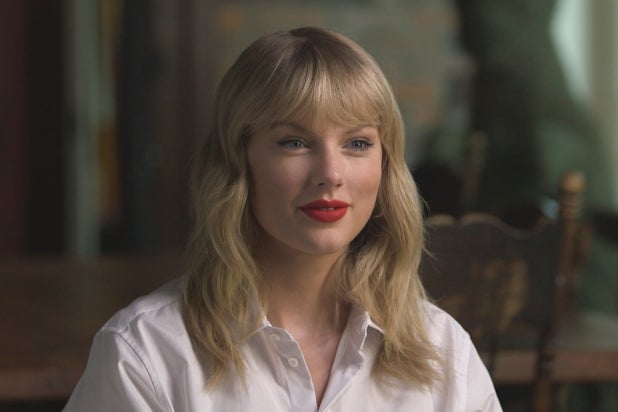 Taylor Swift has a remedy for the bad blood between her and Scooter Braun.

The pop star announced plans to re-record her past hits in an interview with Tracy Smith for CBS This Morning, which will air this Sunday, Aug. 25 at 9 a.m. ET/PT on CBS.

When Smith asked Swift if she planned to re-record her early songs as a way of regaining control of her catalogue, Swift replied, “Oh yeah.”

Swift told Smith she only found out about Braun’s acquisition of her catalogue, which includes everything she released with Big Machine records up through her 2017 album “Reputation,” when it was announced to rest of the world online, and that she wasn’t warned in advance.’

Braun has not publicly responded to Swift, but Big Machine CEO Scott Borchetta posted a page on the Big Machine website titled “So, It’s Time For Some Truth…” which claims that Swift was made aware of the situation in advance and that “she chose to leave.”  One of Braun’s other clients, Justin Bieber, chimed in with to defend Braun in a June Instagram post.

Neither Braun nor Big Machine responded to TheWraps’ request for comment Wednesday.

Swift first opened up about the acquisition in a lengthy Tumblr post in June, saying it made her “sad and grossed out.”

“I learned about Scooter Braun’s purchase of my masters as it was announced to the world. All I could think about was the incessant, manipulative bullying I’ve received at his hands for years,” she said in the post. “[He] has stripped me of my life’s work, that I wasn’t given an opportunity to buy. Essentially, my musical legacy is about to lie in the hands of someone who tried to dismantle it.”

Swift’s upcoming album, “Lover,” will be her first release under her new label, Republic Records. The artist has sold more than 50 million albums and 150 million single downloads, received 10 Grammys, an Emmy, 23 American Music Awards and holds six Guinness World Records. Forbes recently estimated her net worth at $360 million, with her 2018 “Reputation” Stadium Tour the highest-grossing tour in U.S. history at $266.1 million.