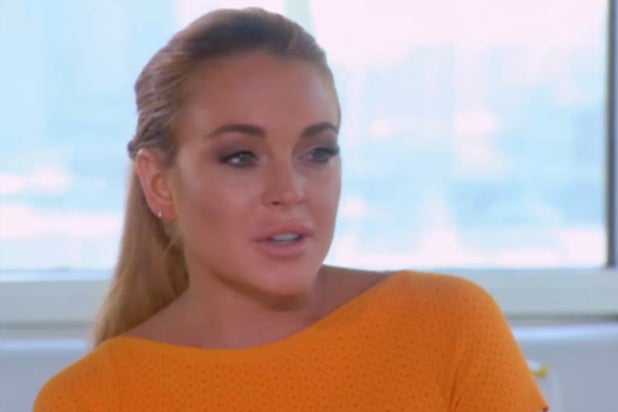 The trailer for Lindsay Lohan‘s new OWN reality show, “Lindsay” gives a chaotic sense of what it’s like to be her: She worries about when checks will arrive, whether paparazzi will follow her to an Alcoholics Anonymous meeting, and says she often feels trapped.

In the preview, shown at a Television Critics Association panel Thursday, Lohan moves home to New York, spars with her father, and expresses no interest in drinking. After all, where hasn’t she gone, and who hasn’t she met? Booze, she explains, can’t open any new doors.

At one point, things get so stressful that OWN CEO Oprah Winfrey offers to make the show’s camera crews leave her alone. But Lohan says they can stay.

“I know this is my last shot of doing what I have to do,” Lohan says.

OWN told TheWrap that it is not releasing the “Lindsay” trailer, at least not yet. “Lindsay” debuts on Mar. 9.

The series is produced with OWN by Pilgrim Studios and is executive produced by Craig Piligian, Nicholas Caprio and Johnny Gould.  Amy Rice, Ralph Wikke and Mitch Rosa are co-executive producers.