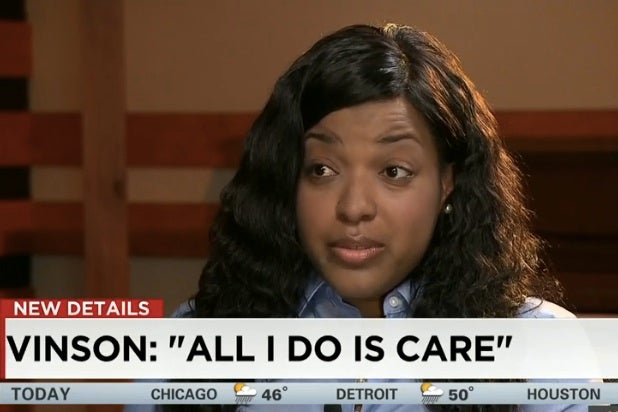 “I’m a nurse, I care,” she said.  “I would not put myself in danger first, I would not take Ebola to my family and my best girlfriends, I would not endanger families across the nation potentially exposing to them anything–I had no symptoms, at the time, I couldn’t transmit it.”

The nurse treated now-deceased Liberian Thomas Eric Duncan at Texas Health Presbyterian Hospital in Dallas and then flew to Ohio to visit family a week after Duncan’s death, where she fell ill. She received major criticism for traveling after treating an Ebola patient.

Also read: Jon Stewart Rips NJ Governor’s Ebola Quarantine: ‘Why Does Christie Have to Be Such a Dick?’ (Video)

“That really affected you?” Lemon asked.

“Yea, it’s just not me,” Vinson said before tears started rolling. “All I do is care. All I want to do is help. I would never try to hurt anyone.”